Mobile is driving the growth of  the global e-commerce market

Deloitte and Assocham have released a new study that predicts that mobile commerce will reach $638 billion by 2018. The global e-commerce space is growing quickly, with mobile consumers playing a more active role in purchasing products online. Several retailers are finding more success by engaging these consumers, offering them ways to purchase products in an enjoyable fashion on their mobile devices. The mobile space is expected to generate more growth in the e-commerce space in the coming years.

Companies like Flipkart, Amazon, and Jabong are finding a greater portion of their revenue is coming from mobile commerce. For some, as much as 50% of their online revenue is now being generated by the mobile space. As these retailers engage mobile consumers more aggressively, the amount of revenue that merchants generate from the mobile space is likely to increase. Providing consumers with an enjoyable and convenient mobile shopping experience is one of the factors that will have a major impact on whether or not consumers make purchases through their smartphones.

Wearable technology could aid in the adoption of mobile commerce 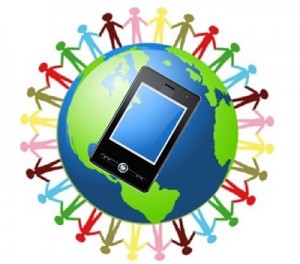 Wearable devices are expected to play a role in the growing prominence of mobile commerce, as well. New devices, such as Google Glass and the Apple Watch, are likely to make it easier for consumers to make purchases in physical stores. While not all wearable devices have mobile commerce capabilities, those that do are providing retailers with a way to support  mobile transactions in their physical stores.

Electronic marketplaces are becoming a more attractive solution for retailers. The logistical challenges associated with holding inventory in physical stores and juggling these challenges with the global supply chain can be an expensive problem for merchants. Electronic marketplaces can mitigate these costs and make it easier for retailers to serve mobile consumers that are interested in shopping online with their smartphones and tablets.

Deloitte has released its latest annual Technology, Media & Telecommunications Predictions report, which aims to shed some light on where mobile payments are headed this year. A large number of consumers have become enthralled with the concept of mobile commerce. They are beginning to use their smartphones and tablets to purchase products that they shop for online. This process is considered quite convenient, and new mobile payments services are making it easier for consumers to become involved in mobile commerce.

According to the report from Deloitte, 5% of the world’s 650 million NFC-enabled mobile devices will be used at least once a month to make a mobile payment in a physical store. While 5% may not seem overwhelming, this is a significant increase over the number of NFC-enabled devices that were used to make payments in physical stores in 2014. Last year, approximately 0.5% of these devices were used to make an in-store mobile payment.

A similar report from Forrester Research predicts that the mobile commerce market in the United States will reach $142 billion by the end of 2019. This growth will be powered by the growing popularity of mobile commerce services and increased smartphone penetration. Consumers are becoming more comfortable with the concept of mobile payments, especially as secure services are making this sector safer and easier to become involved in.

Large companies bring their customers to the mobile commerce space

Several prominent companies, such as Apple and Samsung, have begun entering into the mobile payments space. These companies have seen a significant rise in the demand for mobile payment support among consumers and are positioning themselves to accommodate this demand effectively. As more large companies enter into the space, the consumers that are loyal to these companies are expected to follow, making use of their mobile commerce platforms and shopping online with their smartphones as well as making payments with their devices in physical stores.