This year, mobile payments may experience strong growth, even becoming mainstream in some parts of the world. According to a report from Deloitte, a global professional services firm, mobile payments is expected to see phenomenal growth in 2015. In-store mobile transactions, in particular, will experience global growth, as more retailers begin to use mobile point-of-sale systems in order to engage mobile consumers more effectively.

In-store mobile transactions expected to grow by more than 1,000%

According to the report, global in-store mobile payments will grow by more than 1,000% this year. An estimated 10% of all smartphones throughout the world will be used to make a mobile transaction in a physical store at least once a month. Last year, less than half of these devices were used to make mobile payments in stores. Retailers are embracing new payment services in order to connect with a growing audience of mobile consumers. These people are beginning to heavily rely on their mobile devices in their daily lives, and their interest in mobile shopping has been growing aggressively over the past several years.

Mainstream acceptance of mobile commerce may be possible 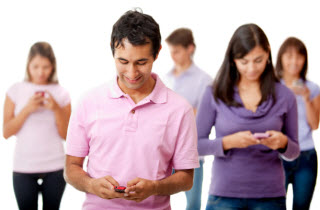 In 2015, many of the prerequisites needed for mobile payments to go mainstream are expected to be satisfied. Financial institutions are expected to become more comfortable with mobile transactions and the safety of new mobile services, encouraging their support for this growing sector. Merchants are expected to place more focus on the mobile space, embracing new payment services that are becoming popular with consumers. The growing number of NFC-enabled mobile devices is also making it easier for consumers to participate in mobile commerce.

There are still challenges that the mobile payments space must overcome. One of the most significant of these challenges is security. Because mobile commerce deals in the trafficking of financial information, it has become a popular target for those that would exploit this financial information. As such, security is becoming a major priority for firms that offer mobile payment services.