Even among users of these smartphone based wallets, the services aren’t used for most purchases.

Although mobile payments, as a whole, have started to attract the interest of some consumers, they are not providing the true adoption rates that would be required to call this transaction method an actual mainstream success.

Mobile wallets are being used by only 16 percent of device owners.

Moreover, even among those who actually use them, only very few are using them all that often, says a Yankee Group report that has recently been published. It stated that over the three months before the report, only 16 percent of smartphone owners actually used those devices for making a purchase in store.

The report showed that despite this, two thirds of consumers are actually interested in mobile payments.

The report was titled “U.S. Mobile Wallet Roundup: Gauging the Future Potential of Today’s Solutions”. It explained that while there is widespread interest in these wallets, that is not translating into actual adoption, quite yet. That report also assigned PayPal the top spot within this particular space, as 15 percent of consumers had use the company’s app within the previous month for making a purchase in-store. 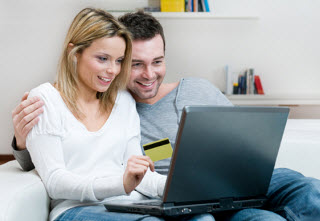 Within the report, a Yankee Group analyst named Jordan McKee pointed out that every day seems to produce another level of growth when it comes to mobile wallets. However, the actual success in that area is not quite as defined as the hype, itself. McKee added that despite the fact that there have been massive investments throughout this environment, which have been worth billions of dollars, the actual uptake and use of this technology has been far less than “illustrious”.

Among those who are actually using mobile payments, 73 percent are doing so less than five times per month. This indicates that this type of transaction still has a long way to go before it is the top choice among even those consumers who are actually using it – which are clearly in the minority. It is the opinion of the report that this will not see a drastic “change anytime soon”, though they do feel that there is great potential over time due to the massive consumer interest.