The latest data regarding sales transactions over smartphones and tablets have shown massive growth.

The findings of an analysis conducted by Capgemini and IMRG have shown that the sales transacted over mobile commerce have reached a point that they are far hotter than they have ever been.

In fact, the report shows that the current figures are leading 2013 to be a year that is double last year.

The trend revealed by the recent mobile commerce report indicated that it is becoming ever more urgent for retailers to make sure that their websites have been optimized for the screens and navigation available on smartphones and tablets. Soon, this will also include high tech smartwatches with even smaller screens.

The data from the report showed that 23.2 percent of online shopping in the second quarter from mobile commerce. 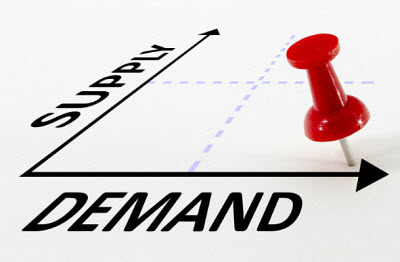 This is a notable increase when compared to the mobile commerce figure from the same quarter in 2012, which was 11.6 percent. This indicates that it could be highly beneficial for retailers and other companies to recreate a version of their website that is meant specifically for smartphones and tablets. This way, no matter what device the consumer happens to prefer, all of the content will be easily available, improving the experience of the visitor.

That said, there are also some retailers who are approaching mobile commerce with a tactic preferring “responsive” websites. Those are sites that are designed to display themselves properly on whatever screen is used. Though effective, it is an increasingly expensive effort, which can cost anywhere from $5,000 to $25,000 with additional upfront costs based on the specific design itself and the functionality that is desired.

The compatibility of a website with mobile commerce users is very important, as there are only under 3 seconds available in which to make a good impression with a visitor before he or she will become impatient and simply move on to a competitor’s website. Despite the fact that mobile internet connections are tremendously slower than those for most desktops, consumers still expect the same performance speeds from the websites that they visit on their smartphones.