This, according to predictions that have been released by Symantec.

If security firm, Symantec, is correct, then wearable technology such as smartwatches could soon mean that the need for us to try to remember a long list of different ever-changing logins and passwords could come to an end.

While mobile devices have previously been associated with low security, they could soon be giving protection a boost.

Mobile security has always been something that has made users feel a little bit leery, and has held back mobile payments and commerce from becoming reaching its true potential. However, wearable technology such as smartwatches, augmented reality glasses, and other wearables may one day make it possible for us to shake our reliance on password protection. They may currently be associated with privacy violations and hacking, but they also hold the ability to function with more accurate security protocols than password protection.

The boost that wearable technology could give to confidence in mobile security could be considerable.

Symantec released its predictions at the Wearable Technology Show, where Sian John, a technical specialist, called today’s password protection “frankly rubbish”. It was also added that the only reason that they are still being used is because they are user friendly compared to the alternatives that have been available until now. 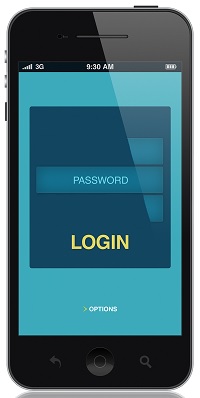 John went on to explain that Symantec is currently investigating ways that wearables and other tech can provide a more practical and engaging mechanism for authentication. She also stated that by working collaboratively with the IT industry with regards to security standards, it could soon become possible for devices of all forms and from all brands to be able to communicate with each other in order to verify that someone is who he or she claims to be.

She said that “If you’ve got collaboration, you can end up with a sort of personal area network. If you’ve got your phone, your Fitbit and your Google Glass all in the same place, the actual proximity of those things can help us know that it’s you.”

At the same time, she also said that this sort of wearable technology remains in its very earliest forms and that these security solutions shouldn’t be expected to be developed tomorrow. The reason is that some time will be needed before it will be made possible for this universal form of authentication infrastructure to actually become affordable.