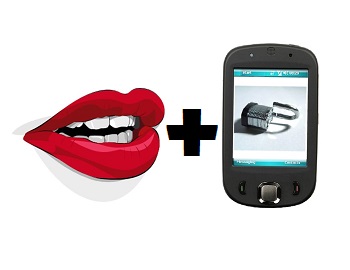 Last week, UCIC, a two-year old Canadian company based out of Toronto launched its new device called the Ubi, a small gadget about the size of a smoke detector that has been designed to control a variety of connected home devices via voice command.

Thermostats, lightbulbs and door locks can be managed with a simple voice command.

The purpose of the Ubi is to provide people with a simple way to control the many different connected devices within their home. Many home appliances and other devices can now be controlled over the internet. Some of these include lightbulbs, door locks and thermostats. However, the majority of these devices need to be coUBi ntrolled using its own specific web service or mobile app. The new gadget from UCIC aims to allow users to control everything with one device.

According to the official website, “Ubi is a WiFi connected, voice operated computer that allows for handsfree voice interaction in your home.” Using Android, more specifically Google’s speech-to-text software, the device takes a person’s commands and transforms them into action. It utilizes the most up-to-date voice recognition technology, as well as natural language understanding, speech triggering and speech synthesis to provide users with a way to interact with the world around them.

When it is turned on and linked to a WiFi network, the device continually listens for the phrase “Okay, Ubi”. Upon hearing this, it attempts to understand the commands it has been given. For instance, “What is the capital of Australia?” is answered using Google’s internet search.

It can also create calendar appointments, play music, as well as control a Nest thermostat and turn the heat up or down in a home or even open automated bedroom blinds. In addition, the device is equipped with humidity, temperature and light sensor and allows users to set automated alerts. For instance, it can be programmed to send a text message to a user when the lights are turned on in their home while they are away.

Ubi is not without its flaws.

As is the problem that is faced by most speech recognition devices, the Ubi will not work flawlessly all of the time. Although it works well when a person is close to the device, if they are giving a command from across the room and there is background noise (ex. TV) this makes it difficult for the device to sort out what has been said. According to UCIC CEO Leor Grebler, this “ends up really messing around with speech recognition.”

In the support and development of its technology, Unified Computer Intelligence Corporation has raised nearly $1 million ($230,000 via crowdfunding site Kickstarter) and has shipped over 2,500 early versions of the Ubi. Currently, the device costs $299.