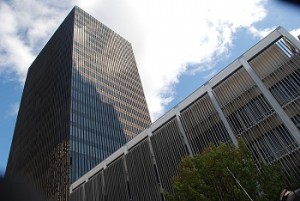 The social network will be facing a number of changes in its user experience over smartphones and tablets.

Facebook has decided that one or two mobile apps isn’t taking up enough real estate on smartphones and tablets and has now announced that in 2015, it will be dividing many of its features into a number of different separate applications, instead of a more all-in-one opportunity that it previously provided.

The social network has stated that it is going forward with this decision and it will be starting quite soon.

In 2015, it plans to start to move a growing number of its features away from its main application and into separate mobile apps of their own. According to the Facebook Canada managing director, Jordan Banks, who is also the global head of vertical strategy for the company, “We’re getting away from that single app that does everything for you. We released nine different apps in 2014 and I think what you’ll see is we’ll release more in 2015 — at the demand and behest of our users.”

Facebook feels that its users wants separate mobile apps that will each do one thing very effectively.

Banks explained that they feel that most of the users of mobile social media would like features in individual apps “that do one thing incredibly well.” Therefore, they have taken Messenger out of the main Facebook app, for example, and have placed it into its own standalone app. They claim that the reason they have done it is that “that’s what our users were telling us. They didn’t want to click two or three times before they got into Messenger.”

For this reason, Banks expressed that it is likely that this will be a considerable trend for the company as it moves forward. Facebook will start to be focused on issuing more individual apps with the new features from the company, instead of continuing to build on one central application.

Although at the time of the writing of this article, Banks stated that he had heard only positive feedback about the decision, users have been complaining quite loudly about the separate mobile apps for different features, particularly in terms of the Facebook Messenger option. At the Apple App Store, there are currently a larger number of one-star reviews for the decision than there is applause.