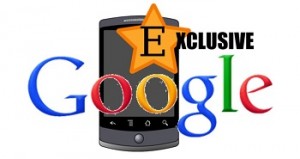 The Nexus 9 tablet and the Nexus 6 phone have been rolled out.

Google announced its new mobile devices this past Wednesday and both of these new gadgets will run on the company’s latest version of Android 5.0, which will be called Android Lollipop, following the company’s tradition of naming each of its operating system upgrades after treats.

This version of the operating system is said to be Android’s biggest release yet.

The operating system has over 5,000 new APIs (Application Programming Interface) for developers. In addition, it offers improved multitasking, battery-saving features, and “Material Design”, which is the name of its all new visual language.

Google still hasn’t shared any of the big new features of Lollipop. Instead, it has placed its focus on marketing, promoting the way Android provides customers with plenty of individuality and choice, but still manages to maintain core features and compatibility. It recently introduced the tagline “Be together. Not the same.” in a new YouTube video.

The two new mobile devices are equipped with impressive features that make them competition for Apple.

Aside from being the first to run Lollipop, the Nexus 6 phone will be competition for Apple’s newly released iPhone 6 Plus, while the Nexus 9 tablet will compete against the latest version of the iPad Air, which is expected to be shown off later today at an event in Cupertino, California.

The Nexus 6 is a giant smartphone featuring a Quad HD display that is almost 6 inches (5.96 inches), making it larger than the Iphone 6 Plus’s 5.5-inch display. In addition, the phone has a Qualcomm Snapdragon 805 processor running at 2.7GHz, which is the best consumers can get for Android phones this fall. Other features include a 2-megapixel front-facing camera and a 13-megapixel f/2.0 rear-facing camera, as well as two speakers at the front of the phone.

The Nexus 9 is an 8.9 inch tablet. It features a 4:3 aspect ratio and QXGA resolution. It has the 64-bit dual-core variant of Nvidia’s Tegra K1 processor. It also has a 1.2-megapixel front-facing camera and an 8-megapixel rear-facing camera. Although it is slightly thicker than an iPad Air device, it is not as wide or tall and it even weighs slightly less than Apple’s most popular tablet.