Even though the solutions currently available aren’t meeting expectations, marketers and brands are still spending.

Recent studies and reports are showing that while brands and companies aren’t yet entirely impressed with the tools that mobile marketing vendors have to offer, they are still raising the size of their budgets for this channel.

The B2B budgets geared toward mobile advertising and promotions will rise 11 percent in the next 6 months.

Moreover, when it comes to the mobile marketing budgets for the next full year, it is expected that there will be an increase of 17.5 percent, according to a VentureBeat Insight Report. That said, while this represents an exceptionally healthy growth in terms of budget size and predicted spending, the reports are still showing that companies are not yet sold on the types of tools that they have available to them through vendors in this category.

This recent mobile marketing data shows that there are considerable problems holding this channel back. 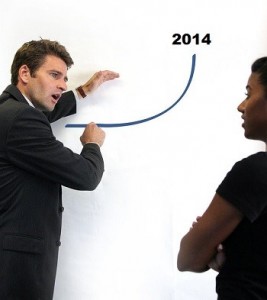 The solutions that companies are actually seeking simply are not yet available. Among the largest struggles that are holding B2B mobile advertising back have to do with a lack of integration and support in the overall marketing technology tools that they are already using on a regular basis. The report showed that nearly 40 percent of the respondents said that the primary problem had to do specifically with the marketing software tool makers.

The second most important problem was identified as being the lack of complete understanding of marketing professionals of the mobile sphere and how to best take advantage of what it has to offer. This is not a new discovery, as the channel has been evolving exceptionally rapidly despite the fact that it is still in a very young phase of its life.

Other struggles that are faced by those attempting to use mobile marketing include a lack of budget to dedicate to this channel. Surprisingly, there remained a group representing 15 percent of businesses that still don’t even believe that the channel is effective at all. This, despite the fact that the vast majority of brands are now either already using it or are planning to use it within the not too distant future.