Report predicts the impact of mobile commerce around the world

This may be a very important year for mobile commerce, according to a new report from InMobi. The mobile advertising and analytics firm expects to see more people participate in mobile commerce this year than they ever have in the past. People are becoming more comfortable with the concept of shopping for and purchasing products from their mobile devices. As more people gain access to smartphones and tablets, retailers and other businesses are beginning to cater more to these consumers, offering services that are meant to promote mobile shopping and spending. 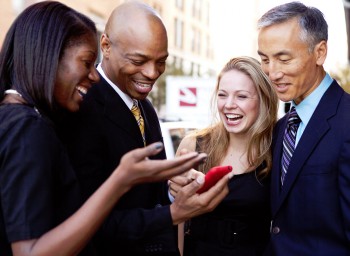 Consumers are becoming much more comfortable in the mobile space

According to the report from InMobi, 85% of consumers worldwide plan to participate in mobile commerce within the next 12 months. This is a 15% increase over what had been reported in 2013. Last year, many retailers began taking the mobile space more seriously. Retailers began supporting mobile commerce platforms or introducing platforms of their own in an attempt to engage and remain relevant with consumers that were becoming more reliant on mobile devices.

The report shows that 48% of consumers claim that mobile devices are having a major impact on their purchasing decisions. Many note that marketing campaigns specifically designed for mobile engagement have been more effective in capturing their attention. Because these consumers are mobile, they are able to act on marketing that they are interested in very quickly. In many cases, effective mobile marketing strategies have lead to mobile purchases, further familiarizing consumers with the concept of shopping from a smartphone or a tablet.

The report highlights the impact that mobile marketing is beginning to have. Approximately 87% of consumers have noted that they have noticed mobile advertisements, with 61% noting that they are more comfortable with mobile advertisements than those they see on TV or online. Businesses that intend to remain relevant with consumers may need to begin taking mobile commerce more seriously. 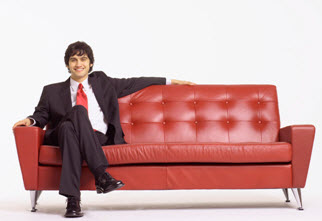 A recent InMobi study has shown that while the ideal hasn’t yet been reached, progress is being made.

Although mobile marketing has yet to truly find its place in the hearts of consumers, there has certainly been a great deal of progress toward a new tolerance level if the latest research is any indication.

This recent study has shown that there is now a comfort level with around sixty percent of consumers.

The research was performed by InMobi, which found that about 6 out of every 10 consumers would now call themselves as “comfortable” with the mobile marketing that they have been receiving on their smartphones and tablets as they are with the ads they see through other channels.

This comes at the same time that there has been a growing concern over the usability of mobile marketing.

The so-called “fat finger” problem has recently been raising concerns over the ability to trust mobile marketing statistics, as many ads that are clicked on these smaller screens could often tapped by accident. However, what InMobi discovered was that only 15 percent of the device users who accessed the web had unintentionally clicked on an ad.

Possibly even more striking is the fact that mobile marketing has played a role in the shopping decisions of 46 percent of the respondents to the survey. They stated that they had decided to make a purchase of a product or service over their device because of an ad they had seen.

The InMobi CEO, Naveen Tewari, explained that smartphones, tablets, and other portable communication devices are now a part of virtually every element of our daily lives. Tweari also went on to say that “The study reveals that mobile users are always-on, whether surfing the mobile web while spending time with family (48 percent), at a social event (45 percent), commuting (60 percent) and shopping (43 percent). This creates a huge opportunity for brands and marketers to engage with consumers throughout the day unlike traditional advertising like print and TV.”

The mobile marketing report indicated that the average user of the mobile web consumers 7 full hours of media every day. Twenty six percent of this time – a figure that is growing – is spent on the smartphone or tablet.