Tango Shop launches, allowing users to shop for products from Walmart and AliExpress

Popular mobile messaging application Tango, which is backed by Alibaba, is receiving the ability to participate in e-commerce. The app has become a resounding success among consumers, giving them a convenient way to communicate with one another. A new service called Tango Shop has been launched that will allow app users to browse for products and make purchases. The products available through Tango Shop come from Walmart and Alibaba’s international shopping branch, called AliExpress.

Tango now has mobile commerce capabilities. This may make the application significantly more popular than it already is. Adding a mobile shopping service to the app is likely to increase its value when compared to other messaging apps. This will allow Tango to compete for consumer affection more effectively, which may make it difficult for other messaging applications to tap into a growing consumer base of people that want more value from their apps.

Since 2009, Tango has found a great deal of success in the United States and the Middle East, as well as Asia. Asian consumers may be more likely to use the mobile commerce service introduced to the app, largely due to the fact that they are quite interested in mobile shopping. Those in the Middle East may play a major role in the growth of the new Tango Shop. The Middle East region has become a thriving mobile commerce market, where many consumers have become comfortable with the concept of mobile shopping.

Tango will have to compete with other applications that are also beginning to grow into mobile commerce platforms. Competition in the mobile shopping field has grown to be quite intense, but Tango may have the features needed to attract consumers and become a prominent mobile shopping platform that people enjoy. 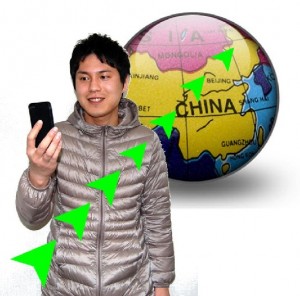