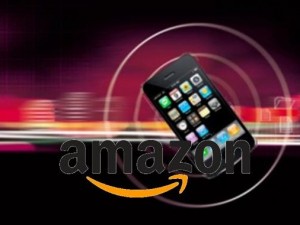 The massive online marketplace has brought in AR tech for even faster buying abilities.

The iOS version of the Amazon app is now giving customers the opportunity to take advantage of Flow and augmented reality to help shoppers to be able to shop even faster and easier by scanning items in real life so that they will be able to instantly buy them from their own mobile commerce shelves.

This is making mcommerce headlines around the world as it changes the entire nature of shopping.

The idea is that a consumer at home would be able to spot an item that needs to be replaced or replenished and could simply pick up their mobile devices to scan it so that it could be automatically ordered. Undoubtedly, Amazon must also be hoping that consumers will also use this opportunity to order products from them while they are standing in another company’s brick and mortar retail stores.

The company expressed that using this augmented reality experience could make shopping as short as two seconds.

In fact, through the use of this technology, the shopping experience could be even shorter than that, once the consumer is truly familiar with this new version of mobile commerce. The Flow app was first launched in 2011 as a form of augmented reality software, and now its integration with the iOS version of the Amazon mobile app makes it possible for an item to be identified by aiming the smartphone camera at it so that Amazon can then find its replacement in its massive product inventory.

This image recognition function has been upgraded from previous techniques that involved barcode scanning, or searching by entering a product name and conducting a query using a manual search function on the website. If the image recognizer is not capable of identifying the item, the users are still able to fall back on the old fashioned searches or barcode scans. Reportedly, some of the most Flow compatible products are DVDs, CDs, video games, and books.

Once products have been scanned through this augmented reality mobile commerce experience, they are saved into a search history, which will make them even easier to reorder.