The COO of Midialets, Richy Glassberg, explained that the new channels are much harder than the old ones.

According to a respected veteran digital media executive, moving from the digital universe on a desktop computer into the mobile channels is causing mobile advertising professionals to have to work harder than they ever have before.

In fact, the exec said that producing successful ads for smartphone and tablets “is about 20 times harder.”

This, according to Richy Glassberg, the COO of the Media Rating Council approved mobile advertising company, Medialets. He explained that “In desktop, there’s 15 years of technology which allows anybody to build one ad in Flash, it works everywhere.” However, the environment has changed dramatically as smartphones and tablets have made their way into the mainstream.

This statistic helps to illustrate some of the challenges that are being presented by the mobile marketing industry to firms that are attempting to serve them. The range of different devices, alone is something that has never been experienced in the desktop market. This requires marketers to attempt to make an ad work regardless of the environment. 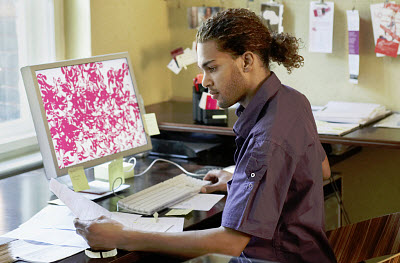 Glassberg said that “The scary thing for the agency is, ‘Did my ad work?’” He also expressed that the rate of change that his firm has been witnessing is greater than anything else that the ad industry has ever seen. “I don’t think anybody’s caught up.”

The opinions shared by Glassberg were given during an interview that was held during the Cannes Lions International Festival of Creativity. This was the ideal forum for the type of discussion that Glassberg was having with his interviewer. The reason is that while media firms were being recognized for the astounding successes and achievements that they had made, it helped to underscore the challenges that they faced at the exact same time.

While previous efforts to advertise in the digital sphere had held a primary focus on the ad itself and not as much on whether or not it would actually function – because there was considerable experience in that area – mobile advertising has been forced to take that additional step in such a varied landscape lacking a universal standard format.