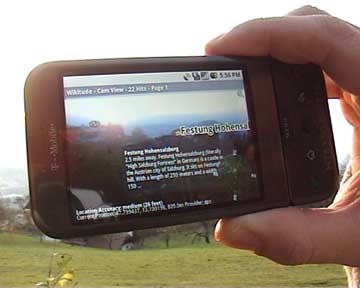 CrowdOptic, a developer of crowd-powered mobile applications that are often used at live events, has announced its partnership with the Location Based Marketing Association (LBMA). Through this partnership, the two parties will work to develop and deploy new services designed to be used at live events. These services will take advantage of “focus-aware” mobile technology, which is to say that the mobile applications being developed by these two parties will make use of augmented reality.

The LBMA has long existed to foster the research of engaging and interactive technologies and how these technologies can be used in terms of marketing. As the organization’s name suggests, location-based technologies often receive significant attention, but augmented reality has been growing more popular recently. The LBMA boasts of a large network of marketing affiliates, all of which are eager to engage consumers in a new and more dynamic way. As such, these affiliates are becoming more interested in the capabilities of augmented reality, largely because the technology presents a new approach to the matter of engagement.

CrowdOptic has plans to launch its latest initiative in a series of phases, which will take place at several major entertainment events that will be held throughout the summer. The initiative is meant to draw focus to focus awareness, a concept developed by CrowdOptic that refers to the usage of location-based technology and augmented reality. The company suggests that focus awareness opens the doors for a new generation of mobile applications that can allow users to access dynamic digital content while also connecting with other people at the events they attend.

In mobile marketing, augmented reality is quickly generating a great deal of hype. The technology has garnered acclaim for its ability to present digital content in a way that consumers have never seen before. Consumers can also interact with this digital content, making marketing campaigns more dynamic and enjoyable for the consumer.