WeChat is leading the way in boosting mobile commerce in China

Mobile commerce is seeing explosive growth in China, which is being powered by WeChat, one of the country’s leading social applications. WeChat has approximately 600 million monthly users, according to Tencent, which founded the company responsible for the mobile application. Tencent sees major promise in the mobile commerce space and has invested heavily to establish a foothold in this growing market. Through WeChat, Tencent has managed to accomplish this goal.

WeChat has developed a comprehensive mobile commerce infrastructure, allowing consumers to use the application to shop for and purchase products that they are interested in. Consumers can use the app to purchase products either online or at physical stores, as long as these stores support mobile payments. Along with other apps, WeChat has managed to make China the world’s fastest growing mobile commerce market, opening up promising new opportunities for retailers.

Alibaba has drawn more attention to mobile shopping, and WeChat is capitalizing on the growth of the mobile market 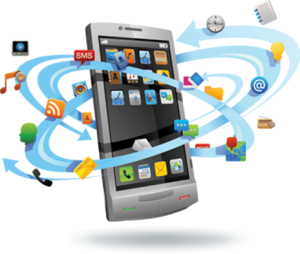 Mobile commerce began gaining momentum in China when Alibaba, the country’s leading online merchant, began supporting mobile shopping through its e-commerce store Taobao. Consumers quickly showed strong support for mobile shopping because of its convenient nature. The use of QR codes to initiate mobile transactions is quite popular throughout the country, as consumers can simply scan one of these codes with their smartphones in order to purchase products. Apps like WeChat have become very powerful tools in the retail space, pressuring merchants to become more mobile-centric.

Security concerns could slow the adoption of mobile commerce

WeChat is expected to continue aiding in the growth of China’s mobile commerce market. As the app grows more popular, a greater number of retailers are expected to focus more heavily on mobile consumers. Security is still a concern, however, which may slow the adoption of mobile commerce among consumers. Because mobile shopping involves sending financial information over the Internet, many consumers have concerns regarding the security of e-commerce sites that support mobile payments. Without adequate security measures in place, retailers may not be able to effectively engage mobile consumers.