The company is going to start selling its Freewheel wireless service that is based exclusively on WiFi connectivity.

Cablevision has announced that it will be going into direct competition with mobile technology service providers in February, when it will start to sell a new service that it has called Freewheel, which is meant to be a low cost, WiFi based alternative to traditional cell phone connectivity.

The existing internet service subscribers at Cablevision will receive the first offers for Freewheel.

Those who subscribe for $9.95 per month will be able to take advantage of their mobile technology through unlimited talk, text, and data. That said, for consumers who aren’t already internet service customers at that company, the same package for their smartphones would be $29.99 per month. This will clearly be much more appealing to those customers who are already subscribers of internet service through the company.

At the time of the launch, Cablevision will be selling only one piece of mobile technology: the Moto G.

Customers purchasing the Motorola smartphone through Cablevision and its Freewheel program can expect to pay $99.95 for that mobile device. It will be preloaded with authenticating apps that function with any of the hotspots from that service provider.

In 2007, Cablevision began the expansion of its own Optimum WiFi network, and it now boasts over 1.1 million hotspots throughout the New York tri-state area. In 2014, the company implemented WiFi sharing similar to Fon, which made it possible for many of the routers of its customers to be converted into public hotspots, simply by adding a separate additional network that is accessible by any Optimum customer. That would now include Freewheel subscribers, once that program officially rolls out.

Additionally, Freewheel customers will also be able to use their mobile technology at any of 300,000 more hotspots across the United States, through the CableWiFi initiative, which interconnects WiFi access points from large providers such as Time Warner Cable, Cox, and Comcast. The service will also allow a customer to use their device with any other WiFi network to which he or she has access, including home and work. 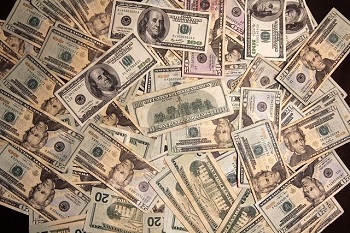