A WiFi reflector chip may be all that wearables need to enhance battery life and speed them up.

NASA researchers have now developed a type of WiFi reflector chip that does not require the use of traditional transmitters, and that is now showing a massive amount of potential for improving the experience associated with wearable technology.

These chips reflect the signal instead of relying on the usual type of transmitter, which offers drastic improvements.

Through the use of this chip, it makes data transfer as much as three times as fast as it would be through regular WiFi connections, and it uses notably less power. When you put this into context through its use with wearable technology, what it means is that it will allow for considerably greater battery life, and a notably faster performance. Since these devices are waiting to take off in the near future, this could mean that this type of development could make the difference in boosting their appeal to consumers.

The reason is that this WiFi reflector chip could potentially overcome some of the biggest wearable technology challenges. 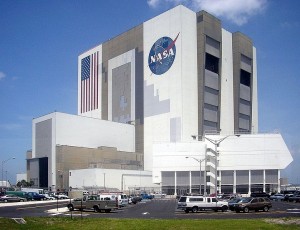 One of the main reasons that consumers haven’t been as impressed with wearables as they could be is because of the battery life. The average device doesn’t last much longer than a day with standard use, and consumers require more than that from a gadget that many of them expect to wear all day and all night (to take advantage of the sleep tracking, alerts, and other functions that they feel might benefit them if they don’t take the device off).

When the WiFi connection isn’t as demanding on the device’s battery power, it means that it won’t run out of juice as quickly, and it could mean that wearables will start to last longer and it may even become possible to make them smaller, since the battery is typically one of the largest components – if not the largest component – that the device must contain.

The size of smartwatches has also been one of the issues that has been causing the sale of these wearable technology devices to stagnate, particularly among women consumers. Should it become possible to reduce their size without cutting back on their battery lifespan, that may also bring about some considerable appeal among consumrs.

NASA had been sending the device up to the astronauts to provide assistance with a spectrum of tasks.

The new “Project Sidekick” experienced a massive setback on Sunday when the SpaceX Falcon rocket exploded shortly after takeoff.  The intention of the project was to give astronauts a hand by way of augmented reality as NASA sends the HoloLens from Microsoft up into space in order to let people on the ground guide the astronauts through a variety of different complex tasks. It is believed that the devices will be sent again on a later rocket transport.

This use of AR technology could help to simplify the completion of difficult tasks while in orbit.

The idea is to use the HoloLens augmented reality headset to be able to provide the astronauts with additional information directly from people on the ground. This could be very helpful to the astronauts who will not only be able to hear instructions or see text but also see indications as to precisely what buttons they should be pressing, for example. It will also provide the people on the ground with a much clearer understanding of the perspective of the astronauts while they are actually completing the tasks in question.

The first pair of the augmented reality headsets were to be sent to the astronauts on Sunday with a supply rocket.

The two AR mobile gadgets were added to the resupply mission that was flown into space by the private rocket company called SpaceX. Unfortunately, that rocket exploded and was completely destroyed shortly after liftoff. Those who use the wearable technology will be able to see a display of virtual images in an overlay on top of the actual world around them. This device was unveiled by Microsoft as a part of the launch of their next operating system, Windows 10.

He also went on to say that the augmented reality technology may have the ability to “empower future explorers requiring greater autonomy on the journey to Mars.” NASA and the ISS have already been testing out the AR technology devices on the Weightless Wonder C9 jet in order to simulate its performance in a microgravity environment similar to that of the space station.