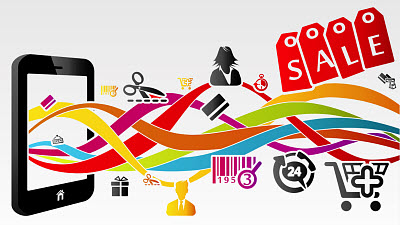 Amazon and eBay may clash in the mobile commerce field

Competition in the mobile commerce field is nothing new. Technology firms from around the world are competing with one another in order to develop the next great mobile commerce platform while retailers are working to engage mobile consumers through their own platforms. The popularity surrounding mobile commerce has lead to the emergence of a vast multitude of startup companies that seek to benefit from the success that can be found in the mobile field.

Both companies have high hopes for mobile commerce

Mobile commerce competition may reach a new high as two of the sector’s largest players begin to clash. Both Amazon and eBay boast of a commanding presence in the mobile commerce field. Amazon’s retail power and eBay PayPal division have made the two companies quite formidable, but the two had little occasion to clash in the past. Now that mobile commerce has become a global phenomenon and has shown no signs of slowing down, however, Amazon and eBay are expected to vie for supremacy within the field.

Amazon recently launched its Login and Pay service, which is meant to make mobile payments more convenient for online shoppers. This service is available to retailers and used to make retailers more accommodating of the needs of mobile consumers. The service itself is quite similar to that offered by PayPal and both Amazon and PayPal feature robust anti-fraud capabilities designed to make the mobile commerce sector somewhat more secure. Amazon may be able to compete with PayPal in the mobile space with its new service, especially as eBay focuses more on expansion rather than the development of new services.

In the U.S., online sales are expected to reach $327 billion by 2016. PayPal is currently the leading online payment processor, accounting for $7.7 million in transactions on a daily basis. There may be plenty of room for Amazon and eBay to grow into the mobile commerce field side by side, but the two companies share a large consumer base. Both appeal to the same demographic as one another, making it difficult for either company to exist in without competing with one another in some way.