As adoption of smartphones and reliance on these devices skyrockets, marketers are connecting with this generation.

The adoption of smartphones is clearly taking off throughout every age group, but while mobile marketing is presenting a tremendous opportunity, marketers continue to struggle to discover exactly which tactics should be used to make sure that they continue to connect with mass audiences.

They are seeking to be able to engage consumers in a meaningful way as they have through traditional means.

A recently released report from The Intelligence Group has shown that the “Millennials” generation is particularly open to receiving mobile marketing ads and promotions, and are among the most likely to engage with brands by way of their smartphones and other portable gadgets. That said, the report indicated that as that group continues to mature, marketers will need to keep on top with their evolving expectations.

The importance of mobile marketing, particularly to this generation, has been outlined in a growing research body. 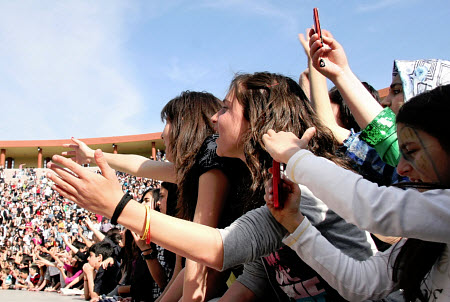 The Intelligence Group chief strategy officer, Jamie Gutfreund, stated that “Brick-and-mortar retailers need to integrate mobile into their offerings as much as possible to provide a more streamlined and manageable in-store experience.” Failing to make the necessary adjustments for this generation, and failing to keep up with their changing needs will only cause businesses to suffer.

This is underscored by another study conducted by the Vivaldi Partners Group. Its CEO, Erich Joachimsthaler, added that mobile marketing will not simply be a matter of social media strategies. He explained that “Unless Facebook evolves, mobile marketing will not be as dominated by Facebook because Facebook is useful for only a specific task and set of activities today, and it does not cover a large part of the consumers and their activities and needs online.”

Joachimsthaler also pointed out that it will be up to marketers to identify specifically which consumers should be targeted, and how they will best be able to engage them. The reason is that mobile ads and efforts to engage consumers will be considerably different from one consumer to the next, depending on a number of different factors, such as age.