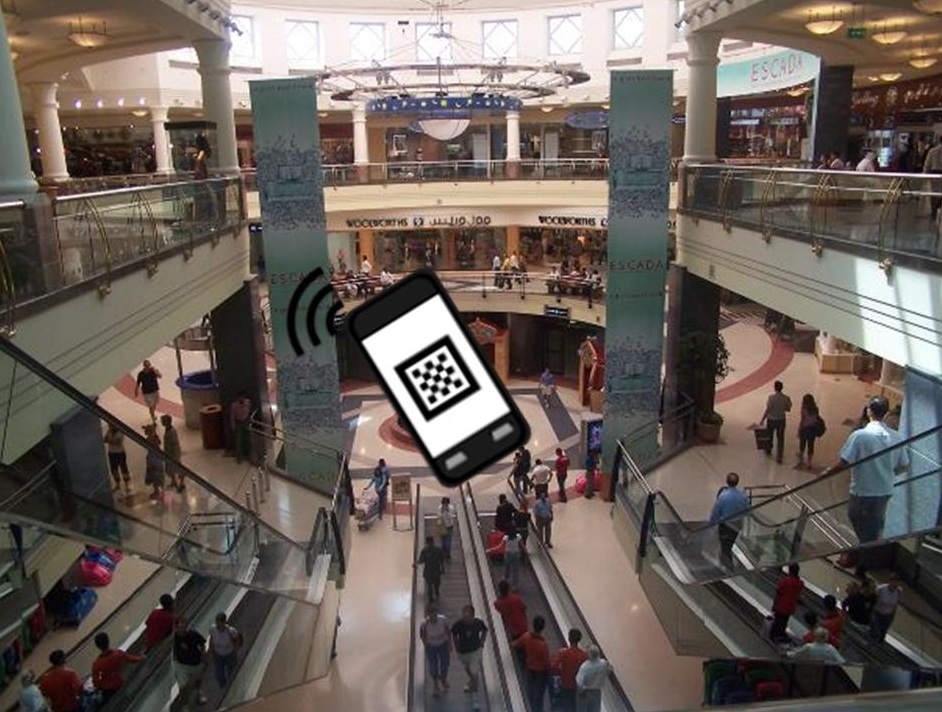 The largest American in-mall digital network has now added both the barcodes and the contactless tech.

Adspace Digital Mall Network has just announced that it is installing both QR codes and NFC technology into 140 malls across the United States, within their network, in order to improve the shopping experience.

This new initiative will use the mTAG platform from Blue Bite on the mall Smart Screen.

The new feature will allow clients to view advertising with QR codes that they can scan with their smartphones, or they can tap the screen to activate the NFC technology. The mTAG placard that is located on the side of the Smart Screen units provide a considerably higher level of interactivity for shoppers.

The QR codes and NFC tags will become available to advertisers in the malls as of April 15, 2013.

As of yet, it is has not been announced whether there are plans to expand this QR codes program to the rest of the 206 total malls in the network if it proves to be successful. It is also not yet known whether the company intends to use data collected from the scans, such as the number of successful scans and which campaigns prove to be the most successful in terms of the activity that they generate. It has also not yet been announced whether the use of the barcodes will be compared with that of the NFC technology.

The QR codes and NFC tags are designed to facilitate a number of different types of interactions between brands and consumers. The mTAG experience is meant to be a rich one that offers content such as app, ebook, mp3 and movie trailer downloads, as well as web based games and applications, social media integration, coupons and other promotions, maps, and more.

With the scan of the QR codes or the use of the other mobile features on the Smart Screens, this information can be downloaded or viewed directly on the user’s own device. The barcodes were included because while NFC technology is considered to be the ideal choice for this interactive mall feature, there are still only a small percentage of device owners whose smartphones are enabled with those chips.