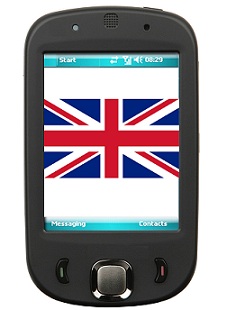 A new study conducted in the United Kingdom by Hitachi Consulting shows that British consumers are willing to use QR codes, if only marketers and businesses were able to use them effectively. QR codes have become favored tools throughout the advertising industry, with many agencies leveraging the capabilities of these codes to engage mobile consumers. Though advertisers and businesses have shown major favor for the codes, consumers have been less enthusiastic, with some considering the codes garish while others are entirely unfamiliar with them.

12% of consumers have scanned QR codes while shopping

According to the survey, approximately 12% of all British consumers have ever scanned a QR code while shopping. Another 36% said, however, they would be willing to use QR codes if they provided them with discounts, rewards, and more personalized services. The survey shows that younger consumers are more likely to use QR codes if they know they will be rewarded for doing so. Overall, consumers want to see QR codes used in a less ambiguous way so they know exactly what the codes are for and how they can benefit from scanning them.

Young consumers, in particular, are an ideal target for QR codes because these people have already shown interest in the codes in the past. These consumers are steeped in mobile technology and have already established some degree of familiarity with QR codes and barcode scanning applications. As these consumers become more prominent in markets around the world, advertisers and companies have been looking for ways to engage them, using QR codes as an effective tool. Surrounding these codes in a shroud of vagueness, however, has proven unattractive for young consumers, who are demanding more straightforward and clear services.

Despite the relatively low use of QR codes amongst UK consumers, the codes remain one of the most widely used marketing tools in the advertising space. Marketers consider the codes to be highly effective in their ability to engage consumers, even if these consumers do not actually use the codes. The survey suggests that retailers may have to take a new approach to their use of QR codes if they want to engage a younger audience.