The mobile space is becoming increasingly important for the retail industry. A growing number of consumers are beginning to rely more heavily on their mobile devices in order to shop and make purchases. It can be very difficult for retailers to reach out to these consumers through traditional websites and platforms, however, hence the need for sites that are optimized for viewing on mobile devices. A new report from digital marketing firm Acquity Group shows that retailers are beginning to take mobile consumers and mobile commerce more seriously.

Report shows that mobile sites are common with retailers

According to the report, approximately 82% of the top retailers in the world have websites that are optimized for mobile viewing. These sites are ideal for mobile consumers who use a smart phone or tablet in their daily lives. The report also shows that 72% of these retailers also have mobile applications associated with their business. Many of these applications are simply used to make shopping more convenient for consumers and provide them with a way to find more information on particular products they may be interested in. Some of these applications geared toward mobile commerce, facilitating payments for goods via a mobile device.

E-commerce platforms may not be mobile-friendly

Most brands received praise in the report for their various e-commerce initiatives. E-commerce sites appear to be a major success across the board for most of the world’s largest retailers. These sites allow retailers to sell products online, as well as accept payments from consumers all over the world. While the report shows that many of the e-commerce platforms that retailers use are reaching consumers in an effective way, these platforms are much less accommodating to mobile consumers. Many e-commerce platforms are not optimized for mobile service, thus it can be difficult for mobile consumers to make in-store purchases or simply buy products using their mobile device.

Mobile commerce and e-commerce are quickly becoming a singular channel. In the past, the two had been markedly separate, especially due to the fact that mobile commerce is a relatively new concept. As more consumers become integrated with their mobile devices, retailers are beginning to face a need to become more accommodating of the needs and interests of these consumers. 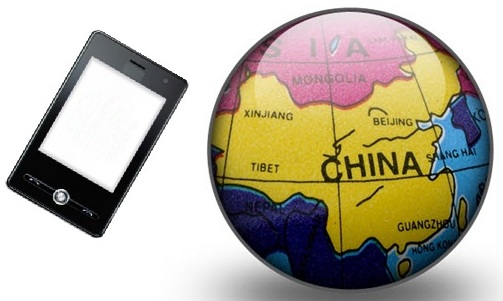