Citibank has ambitious plans for a Cyber Monday event in India

This year’s Cyber Monday in t 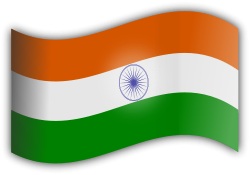 he U.S. broke sales records of previous years largely due to the showing of mobile commerce. Consumers throughout the country took advantage of aggressive deals from retailers on a wide range of products, making Cyber Monday one of the most successful shopping days the retail industry has ever seen. India may soon get its own version of Cyber Monday, which is being pushed heavily by Citibank.

US shopping season serves as inspiration for new venture

Citibank has ambitious plans to institute Cyber Monday in India in order to take advantage of the growing number of consumers that are intensely interested in electronics. The financial services group aims to promote mobile commerce among these consumers by giving them a way to purchase products from their mobile device rather than use a computer. Cyber Monday has, since 2005 when the day was minted by the retail industry, been responsible for billions of dollar worth of sales for retailers and Citibank believes that the time is right for the shopping phenomenon to come to India.

Savings available to Citibank customers only

If Citibank can successfully bring Cyber Monday to India, only Citibank customers will be able to take advantage of discounts that retailers participating in the event offer. Citibank expects that 17 of India’s most popular e-commerce and shopping platforms will offer discounts on products as high as 60%. Currently, the shopping event is scheduled to take place on December 5 and will be India’s first ever “Cyber Sunday.”

India may be able to see success through Cyber Monday initiative

Though any Citibank customer will be able to access the deals offered to them through a wide range of platforms, Citibank is hoping to engage mobile consumers in a powerful way. Mobile commerce is one the rise in India, especially as communities become more affluent because of the rapidly growing economy. In the U.S., mobile consumers accounting for a huge portion of the sales made on Cyber Monday. Citibank is keen to see similar results mimicked in India.