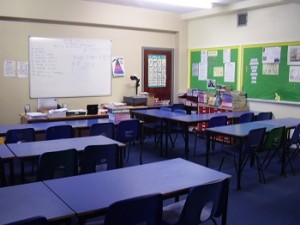 The purpose of education is to solely equip students with every knowledge and skills that they’ll eventually use in their careers which is why the quality of education improves as years go by. Of course, that would definitely mean that the entire process of learning would also become increasingly difficult that would result to more hardships that would mostly be experienced by college students who are in the most demanding phase of learning. College students would certainly have a difficult time complying with each activity at school, unless they have a smartphone on their hands.

Not many people are aware that smartphones can be a useful tool for students because it isn’t just for communication purposes anymore as it has many more uses than that. Investing on a smartphone is one of the best decisions that you’ll make once you’re in college and here are a few reasons why you should buy one for the sake of academics.

You’ll be a lot more organized

Students back in the day used to bring a lot of notebooks, textbooks and other tools that they’ll use for their various classes which some students still do today. With the help of modern technology, all of those things can be rolled into one in it comes in the form of a smartphone. Aside from laptops, teachers highly encourage the use of smartphones because not only could they organize their files in real time, they’ll have less things to carry since having one is more than enough to help them in their studies.

Studying can be a very arduous tasks sometimes whether participating class discussions to writing assignments at home which can put a lot of stress for students. Luckily, a smartphone will be able to lessen their hardships that they’ll experience in their studies because there are virtually an infinite amount of apps that they could use that would prove to be very useful time and time again. With apps such as Studydroid, Wikipanion, Evernote to accompany them in their studies, they’ll surely be able to overcome any kind of challenges that comes their way.

Most academic institutions allow every student and faculty with Internet connectivity which makes communication between both parties to become a lot more efficient. Communicating through email will be convenient for students because they could ask their professors if they have queries even after school hours. Not only that, they could also get notified if their class gets canceled or be informed that they have an assignment that they’ll have to download online which is especially helpful if they missed their class due to various reasons.

You’ll learn how to be responsible

Believe it or not, a student will learn how to be responsible because although a smarthphone is a wise investment, it’s not cheap which is why it’s not an option to misplace their phone due to neglect. Responsibility is one of the many attributes that a student has to possess because it’s something that will define them entirely. They’ll have to practice their responsibilities not only by taking proper care of their smartphone, but also in their studies.

Although this doesn’t mean that laptops are inferior to smartphones, but it’s a great alternative for college students who can’t afford a laptop. The usefulness of a smartphone is almost endless which makes this a must-have for any student since this would give them a definite advantage over academics.

Author Bio: Sophia Jennings is a college student and a writer for a uk essay writing company which she does to somehow support herself through college. She’s also knowledgeable about gadgets and other things related to technology which she shares online or personally. You can reach her through Google+ so follow her if you have the time.