The newest announcement suggests that there still isn’t any release date for the Nintendo app.

Although there has been a great deal of hype drummed up with regards to the mobile games that will be produced by Nintendo, more specifically the “Pokémon Go” app, the company still has yet to indicate a release date, despite the fact that it has confirmed that the game has been in the development process for the last two years (at least).

Nintendo Direct also hasn’t provided any new Pokémon Go details concerning when it will be available.

Fans of Pokémon and of mobile games have been dying to get their hands on it since it was first officially announced in September, but now all they know is that the app is likely to be available at some point next year. Due to the very limited amount of information that has been released through official channels, fans and the industry, alike, have been circulating rounds of rumors that have made suggestions about the possible content of the game, a likely link to the release of Pokémon Z, and even of the release date itself.

The most recent unofficial news regarding the mobile game launch is saying it will be out on February 27.

If that is the case and it is released on February 27, 2016, then it would mean that the mobile app will be out on the twentieth birthday of the Pokémon game, itself, as the first release of the game was on that date in 1996.

Many of the rumors come with a lot of credibility except for the fact that there hasn’t been any confirmation over official channels. It is now widely believed that there will be more information of this nature available later in December, as the Japanese Coro-Coro insight magazine’s November issue promised that it would have more details about the game in its next edition.

All that is really known, so far, is that the mobile games – Pokémon Go and Pokémon Z will be compatible with augmented reality technology. That has been included in previous announcements made by Nintendo itself. 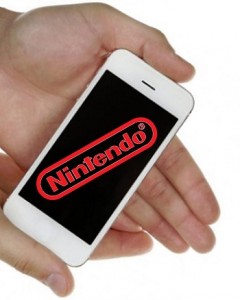