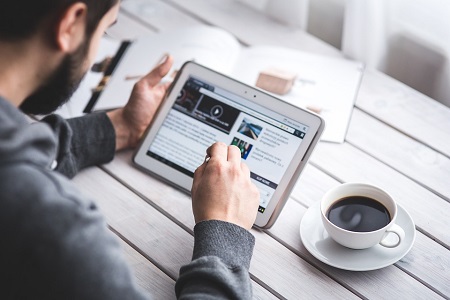 Apple may be preparing to launch its own mobile payments platform alongside the iPhone 6 this fall. The company has been meeting with various prominent payment organizations that have ties to the mobile world and rumors are beginning to circulate regarding Apple’s plans for mobile shopping and a new era of commerce. The company has already been testing a type of mobile payments service in Japan through its iTunes and app stores.

Apple approaches digital commerce with caution because of security concerns

Apple has been slow to enter into the digital commerce space, largely due to concerns regarding security and the lack of technology capable of meeting the company’s high standards. There had been rumors suggesting that the iPhone 5 would be Apple’s entry into the mobile payments space, but this was not the case. The company had opted not to make use of NFC technology, which had been the primary technology through which mobile transactions were made. This technology is now losing ground as the commerce world begins to evolve.

Apple has been partnering with various organizations to develop a better understanding of mobile payments. The company has also been taking mobile security much more seriously. The iPhone 6 will have a more robust biosensor, allowing people to use their fingerprint as a form of identification. This sensor is likely to be incorporated into Apple’s mobile payments venture, as it will add another layer of security to transactions and help keep consumer financial information safe.

Demand for mobile payment support is high among iOS users

There has yet to be any definitive announcement of Apple’s mobile payments plans, but the company has shown strong interest in offering its customers a way to pay for goods and services using little more than a mobile device. Many iOS users have been calling for mobile payment support for some time, praising companies like Google for introducing services  that support mobile shopping on Android devices.