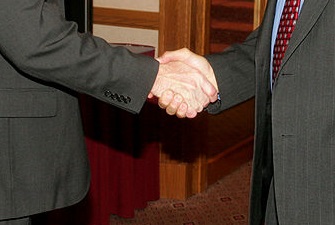 Some in the industry are saying that the designer brand may bring legitimacy to the wearables market.

Fossil has recently unveiled a line of new wearable technology in the form of smartwatches, making the designer brand one of the most recent entries into this ecosystem among companies that had not previously been tech-focused.

As of yet, other big names in the same category have not managed to see any large scale successes with wearables.

Companies such as Adidas, Nike and Under Armour have all stepped into wearable technology in various forms, despite the fact that tech has not previously been a central component of their offerings. As of yet, major success has not been seen by any of those brands. In fact, while Under Armour has placed a delay on it device, Nike has altogether abandoned its own. Fossil’s hope is that its name will bring some legitimacy to this brand of the market and that consumers will see the draw of these devices in fashion as much as function.

So far, the wearable technology market has proven to be a very challenging one to all companies involved.

Even the wearable tech that has been launched by companies that are giants in the technology industry has not been flying off the shelves. In the smartwatch from Fossil, the hope is that the partnership between that brand and IBM will show that the design of the device can be made appealing enough for consumers to want to wear it while the features will be attractive enough to offer more than just a novelty.

Aside from what consumers actually choose to do, the entry of Fossil into this space, particularly in partnership with IBM, could help to underscore the relevance of these devices within the overall technology environment.

Fossil is currently the leading fashion watch manufacturer worldwide. That company manufactures watches for several of the top designer brands in addition to the wristwatches that they create under their own name. By bringing that name into wearable technology, it may be another much needed shot in the arm for the industry in the eyes of both the companies involved and for consumers.