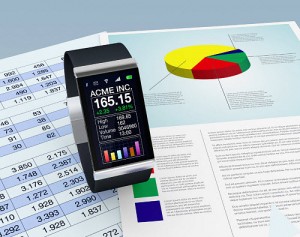 The creators of the Lumafit have already generated a considerable following in Ireland.

When it comes to wearable technology in the fitness category, the exceptionally popular FitBit is currently the global leader, but a startup from Ireland called Zinc Software is hoping to challenge for that title with its Lumafit mobile device.

This new gadget is designed to help to help to coach users so that they will be able to power through their workouts.

For many people, trying to stay fit through regular activity and exercise isn’t a favorite activity. This helps to explain why wearable technology in this category has become as popular as it has. The Lumafit is hoping to provide consumers with a new and enhanced experience that will allow them to be able to remain motivated, active, and able to safely complete their daily workouts. It does so by providing users with a steady stream of different types of feedback and information, including heart rate, but also the intensity of a workout and an ability to view progress that is being made over time.

So far, Zinc Software has been able to explode beyond its three funding targets on that crowdfunding site. At the time of the writing of this article, the latest campaign target of $60,000 had already been reached and greatly exceeded, with more than a week left to go.

One of the main selling features that is likely to attract consumers is the low price point that has been attached to the device for early supporters. Backers at this point in the product development will be able to purchase the device for only $79, which is a solid price reduction compared to the $99 for which it is expected to retail.

Lumafit is unique in that it is not a fitness band that is worn around the wrist. Instead, it slips over the back of the ear and gently clips onto the lobe. This allows it to obtain a range of different types of feedback about a user’s activities, including various types of exercise movements, like pushups.

The team of developers behind this wearable technology is led by MIT Media Lab graduates Stephen and Darran Hughes. They came up with this unique workout motion and heart rate detecting tech that allows a user to track everything from intense workouts to meditation exercises.