The Surface Pro is an unusual device from Microsoft that aims to bridge the gap between mobile computing and on-the-go computing. This is a device that marries a touchscreen interface and sleek proportions with a full desktop environment that allows you to run all your legacy software as you normally would. If it’s successful and if more devices like it emerge (such as the Iconia W3 – an 8” Windows 8 tablet!) then it will change the face of computing and mobile gaming forever.

When you game on the Surface Pro you’ll find that you have two main options: one being to play games from the Windows Store that are designed for a touchscreen interface and the short-bursts of gameplay that suit mobile gamers, the other being to play full PC games that can run on the device and that still work well on the move. Here we will look at the very best from each camp – install these games and you should be able to enjoy a whole new kind of mobile gaming.

It’s strange to me think that more fuss wasn’t made about this one: a completely new Halo designed specifically for Windows 8 to support a touchscreen input. Okay, so it’s not on a par with Halo 3 by any means, but this dual stick top-down shooter works brilliantly with thumb controls and supplies all the same atmosphere and action as the FPS games in the series. It’s a fantastic showcase for gaming on a Surface Pro or RT and really does ‘bridge the gap’ between PC games and conventional ‘mobile’ games. It’s only cheap too, so I highly recommend checking it out!

Super Meat Boy is a fantastic Indie Game available on Steam that lends itself perfectly to being played on the go thanks to the short-yet-super-challenging levels. It doesn’t support touch input, but if you have the touch cover then it’s completely playable on the train or wherever else you happen to be. 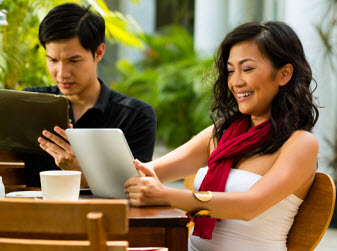 Gravity Gun is an endless runner game, but one of the ones that features different levels rather than tedious randomly generated challenges. What makes it great though is the seriously high-octane nature of this challenge which will have your heart racing and your palms sweating. Tons of fun in a great pick-up-and-play mobile games.

Okay so this one is one of those randomly generating endless runners, but again the high speed of the game combined with the variety on offer here makes it a rare instance where that doesn’t go against it. There are plenty of challenges to keep you going, and it feels almost as though it was made to be played on the Surface on your commute.

Bleed is an insanely intense indie shooter that’s once again available through Steam. This one is impossible with anything but a controller, but that doesn’t stop it being one you can play on the go – just get a receiver on Amazon and you can play on the move with your Xbox 360 controller.

There are plenty of other great games to enjoy on a Surface Pro that lend themselves to its mobile nature, including Darksiders through OnLive (which lets you use a touch screen input), Portal 2 (with the Xbox controller to show off the 3D capabilities of the Surface), Chimpact and of course Angry Birds. Check out reviews online and step into the future of mobile gaming!

Jason Haddad, the author of this guest post, works as a tester for wellresearchedreviews.com. He enjoys playing mobile games in his free time. Being a fervent writer, he often shares his views and opinions on the latest mobile games that hit the market via his articles.

Please Note: Articles posted by guest writers are monitored but in no way do they reflect the opinion nor is this publication affiliated in any way with the subject or promotion of a subject. 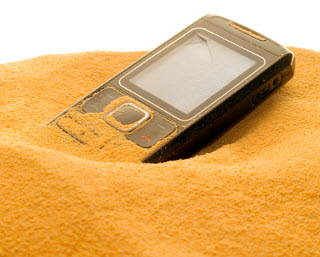