Computer, console, and mobile games are inherently addictive. However, there are those that stand out because of their unique concepts.

They don’t necessarily have the most number of players or the best longevity but they offer something distinctive that make them interesting and habit-forming. The following are examples of these unique games that are highly capable of hooking players.

Liero may not have the benefit of new technologies but it is still one heck of a game capable of enticing players. In fact, what makes it interesting is its old look and technology. It is a PC game with graphics reminiscent of those of consoles from the 80s. The interface is very basic. Everything about it does not look and feel new but it can be considered as one of the most addictive games, at least for a few weeks or months.

This is a PC game about warring worms. The characters are controlled by the keyboard. It has single and multiplayer modes. Players may fight each other over WAN. Even better, two or more players can play the game offline in one computer, with the screen split and the controls assigned to the different keys of one keyboard. Customizability also makes the game more immersive as players have the option to change the look of their characters, the playing environment, and the capabilities of weapons available.

The way worms weld weapons and burst each other into bloody chunks of flesh has surely attracted a good number of addicted players.

Is it possible for a game without stunning graphics, bassy sound effects, and engaging music to hook players? Apparently, yes. This is what the text-based game Drug Lord demonstrates. This game appears as a small window with a few sections for presenting the game’s story, tracking drug prices, and monitoring player health, wealth, and status.

The goal in the game is to make as much money as possible by selling drugs around the world. Drug Lord is designed to be a single-player game wherein a player lives as a drug seller who has to deal with various challenges and opportunities in the narcotics trade. Once you make your first profit in the game, you’ll unlikely to not get addicted.

3. Scribblenauts – When Creativity and a Good Vocabulary Matter

Scribblenauts is classified as an emergent puzzle action game. What makes particularly interesting is the ability to summon various things by scribbling words. It is an engaging action game that suits imaginative players and those who are looking forward to getting surprised by the new things they encounter in the game.

This game is driven by a core engine called “Objectnaut.” Created by a team of five people and completed after around six months of lexical and encyclopedic research, Objectnaut is responsible for the way the “scribble summoning” of objects in Scribblenauts works. Players can type in various words and combinations of words to come up with different objects or characters with unique properties and abilities. Interested in playing it? You can try Scribblenauts Online and see for yourself how it can be habit-forming.

4. Mine, Mind and Build Your World with Minecraft 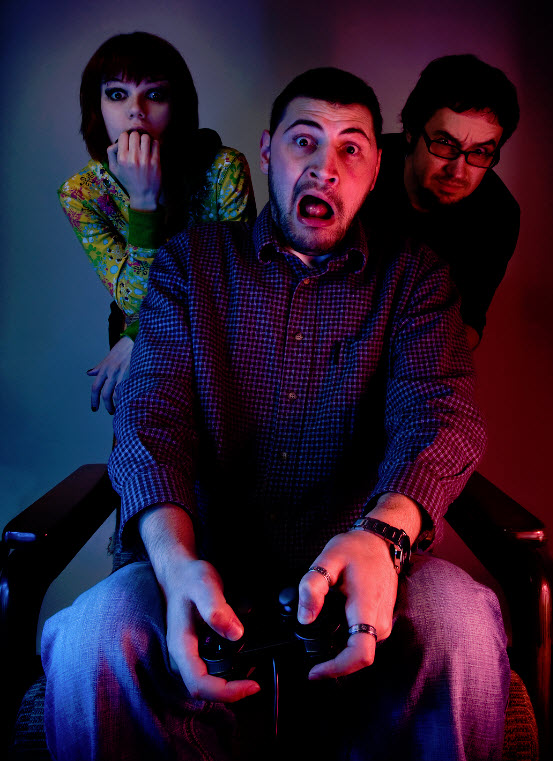 Minecraft is described as a digital sandbox game. It is about building various things with literal building blocks. It is one of the few games that afford players a vast amount of creativity. With it, players can make mazes, towers that reach the skies or even space, structures, or small tools and implements that can be used for survival.

Aside from the highly enticing creativity-based gameplay of Minecraft, the active player community also makes the game more addictive. Players create various objects and brag about what they have accomplished online, inspiring others to do the same.

Until now, no other game has successfully challenged the dominance of this game in its genre. It remains to be somewhat unique as it is still the most, if not the only, popular game of its kind. Many consider it as the game equivalent of playing god. With it, a player has full control over almost everything, from the people to their family, their homes, and communities. Making people play as an omniscient and omnipotent being looks like one way to get people addicted to a game.

Yes, video games are mostly addictive. Even those with cliched plots and concepts still tend to attract players. The five games mentioned above, however, can offer something interesting if you are already tired of the same old shooter and fight games, word games, puzzles, and MMOs.

Arthur J is a video gaming enthusiast and video game blogger. He likes sharing his thoughts about various games such as Scribblenauts.