Chinese e-commerce mammoth Alibaba and Ant Financial, another prominent company in China, have each invested $483 million into Koubei, a joint venture in the mobile commerce space. Koubei is designed to provide consumers with the ability to order and pay for products from local services operating in China. Doing so can be accomplished over a smartphone, and the initial launch of this service will focus on food and beverage delivery.

Those using Koubei will be able to use the Alipay Wallet to make mobile purchases. They may also be able to use the Taobao mobile application, which is controlled by Alibaba. Though the initial launch of the service will focus on the food and beverage segment, Koubei will expand to include local merchants, providing consumers with a way to purchase products from stores in their area. Koubkei may also provide merchants with promising marketing opportunities, giving them a platform from which to launch promotion campaigns and reach new mobile consumers. 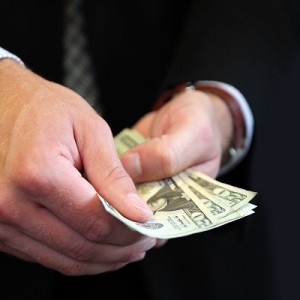 Koubei intends to build a local services ecosystem that will be a benefit to merchants and consumers alike. This is something that Alibaba has shown significant interest in, as the company has its own food ordering and delivery business in the Tao Diandian brand. Ant Financial also has an interest in the mobile commerce ventures of Koubei, as the company has been involved in the mobile space for some time, managing Alibaba’s Alipay platform and making it possible for a wide range of consumers to purchase products from their mobile devices.

China has become one of the most robust mobile markets in the world. Smartphone penetration is high, and consumers have shown a great deal of interest in being able to shop for and purchase products with their mobile devices through a variety of platforms. Koubei will be one of the latest mobile commerce platforms to launch in China, and the support it has received from Alibaba and Ant Financial will give it a competitive edge.