The companies are using the technology to demonstrate how it can generate a shared experience.

Before the end of June, the seventh annual Luminato Festival will begin in Toronto, at which time tens of thousands of people will be filling the Canadian city’s streets for music, art, sights, and now augmented reality.

The AR exhibition is going to be a first of its kind in the world and will be making mobile marketing history.

The exhibition is being held among the thrills of this world class city’s sights and is targeted toward smartphone carrying attendees who can download a free app so that they can aim their device at different locations around David Pecaut Square so that they will be able to view a “virtual gallery” around the location that cannot be seen without the device.

The augmented reality allows the gallery to be digitally displayed over the real background of the square.

This augmented reality exhibition will display layers of computer generated imagery overtop of the actual physical world view through the use of the app and the device camera. When attendees aim their smartphones at various parts of the square, they will be able to view various works of art that they can share, with which they can interact, and that they will be able to discuss with other people.

As more people begin to explore the various virtual pieces of art, a heat-map will be generated and identify where people are and what they are viewing the most. Once the event has come to a close and when the app is no longer being used, a new form of digital art will be left behind. This will be a new crowdsourced version of the well recognized Lancôme rose, which will span the entire size of the square. It will be a form of tremendous digital mural to which each participant will have contributed, simply by having used the augmented reality app during the exhibition.

This will mean that the augmented reality mural will become the first ever human heat-map logo in the world and could lead to new trends in artistic and interactive mobile marketing. 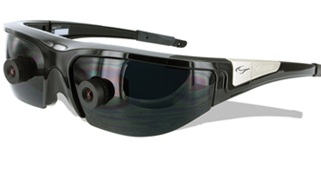