AR is the next step that the major Canadian bank is doing to compete within its market.

Royal Bank is updating its mobile application to help to incorporate a number of new state of the art features to appeal to customers who enjoy location based mobile services, but with a unique twist in the form of an augmented reality app element.

All a user needs to do is to open the map in the application and the AR feature will display the results of the query.

The augmented reality app is meant to help to make it easier for customers to be able to find the nearest Royal Bank (RBC) ATM or bank branch. The AR function provides a live streetscape that uses icons to guide the customer to the nearest location, including the distance to get there. The key to this update is to make the location feature easier and more convenient for the customer to use.

The bank’s augmented reality app is only the latest in its many smartphone friendly options.

According to the head of the emerging payments division at RBC, Jeremy Bornstein, “Making continuous improvements to our mobile app to allow our customers a smooth user experience is a priority for us.” The tool that allows customers to locate branches and ATMs is among the most commonly used in the existing mobile app from the bank, he added.

The bank believes that by combining this popular feature with a live street view that incorporates various location based elements, it has enhanced the usability and effectiveness of this tool in a very practical and appealing way. 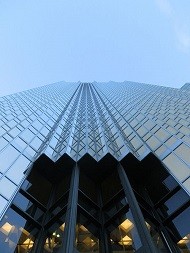 In order to use the augmented reality feature, the latest version of the mobile app is required. The “Find a Location” function needs to be opened and the icon the icon can be tapped to turn the smartphone’s camera feature on . The application then links the compass in the device with the live image and its location based service with the RBC location database in order to guide the customer to the nearest branch or ATM location.

That location is presented on the screen and then the augmented reality app provides on screen directions to bring the customer from his or her present location to that of the desired ATM or branch.

The expanding use of both smart phones and smart glasses are predicted to expand the use of the tech.

According to a recent report released by Juniper Research, there are an estimated 60 million people worldwide who use augmented reality applications on a regular basis.

This report also stated that this figure should jump to 200 million by the year 2018.

It was also noted in the report that augmented reality has the opportunity to take off from its current focus in the gaming and navigation environments and will expand into much greater everyday use purposes. The publication stated that “Initial innovations will stem from games, such as Google Ingress, but the technology will expand to include lifestyle and fitness apps.” It also added that there is a chance for “paradigm shifting utilization of AR within social media, potentially breaking the digital-physical wall with potential future uses allowing a digital representation of a person to appear in the users surroundings.”

By the year 2018, games and location based augmented reality will represent under half of the tech’s usage. 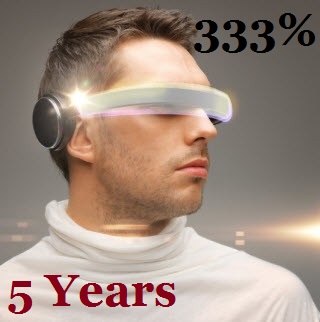 Juniper believes that by that time, augmented reality will have expanded greatly into areas such as healthcare and lifestyle. It could help with remote doctor visit experiences, as well as to help to enhance the remote shopping experience as well as that through social networks. It has also seen a potential future in enterprise, such as providing technical specs for aircraft mechanics and drawings to overlay on machinery for engineers to use for building new technologies.

Some companies have already started to use augmented reality for this type of project, such as SpaceX and Elon Musk, which use AR tech for designing new components for rockets. That said, the majority of apps that use this technology, such as Layar, provide content overlaid on paper to make it “come to life” with such elements as added data and video. It was pointed out that most of them are ad funded. Juniper also pointed out that there are a few pay-per-download and some that are freemium.

Equally, Juniper feels that the augmented reality industry will only benefit from the increasing dominance of Android, as it will help to improve AR’s current situation which is seen as rather buggy and fragmented.