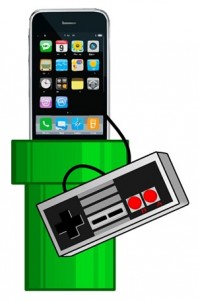 The latest operating system from Apple has been designed with better graphics performance.

On Tuesday, September 9, Apple unveiled its new iPhone models – the iPhone 6 and the iPhone 6 Plus – both of which feature larger screen displays compared to its predecessors, a processor with greater power and the iOS 8 operating system that is equipped with increased graphical performance, which is good news for mobile gamers, game developers and the mobile gaming industry as a whole.

iOS 8 features Metal, which should be a help to game developers.

The iOS 8 new graphics engine is called Metal and, because of its high-end graphics capabilities, the company says games will look even better on its new operating system. Since both of the new iPhones have bigger screens (4.7 inches for the iPhone 6 and 5.5 inches for the iPhone 6 Plus) and improved hardware, the mobile gaming experience is anticipated to be an upgrade compared to other devices.

According to Apple, “Metal enables incredibly high performance for sophisticated graphics rendering and computational tasks.” The company further explained that “Metal eliminates many performance bottlenecks that are found in traditional graphics APIs,” and that “Metal offers a streamlined API, a unified graphics and compute shading language, and Xcode-based tools.”

Apple has said that when coding, the operating system enables developers to get “closer to the metal”. For gaming, Apple’s Spritekit and Scenekit framework promises improved 2D and 3D rendering and greater battery power efficiency. Graphics engine developers, such as Crytek and Epic, helped to develop Metal.

During the event’s mobile gaming segment, Apple showed off one of the first MOBA for mobile devices.

Called VainGlory, the Multiplayer Online Battle Arena (MOBA) game developed by Super Evil Megacorp was created using Metal and will be exclusively launched for the new iPhone 6 models and iPad.

In addition, it has been confirmed that major publishers like EA, Gameloft, Square Enix, Disney, and Rovio will be developing games for iOS 8. However, it is not yet known if these games will be completely new games or if they will be upgraded versions of games that already exist. Also, Mobile gaming developers currently working on creating new titles for the Apple devices include Vector Unity, CD Projekt Red, Super Evil Megacorp and NaturalMotion Games.