Wearable devices may be nothing more than novelty

Wearable technology has become the new craze of the tech field, with a range of big-name companies developing smart watches, augmented reality glasses, and other such high-tech gadgetry. These devices may have a great deal of potential, as they have already managed to attract the attention of consumers around the world, but whether or not the interest surrounding these devices is nothing more than hype is somewhat questionable.

While few wearable devices are currently available to the public, future devices promise to change the way people interact with one another and their surroundings in significant ways. AR glasses, for instance, could literally change the way people see the world as their technology becomes more advanced. This same technology is already being used as a way to improve sight in the vision-impaired. Smart watches may have a role to play in mobile commerce as the economy continues to become more reliant on technology and these devices are already being used to traffic digital media.

For many, wearable devices are seen as an exciting new step forward in the technology world, but these devices may be little more than another passing fancy.

Years ago, 3D technology began seeing a swell in attention that is quite similar to what wearable technology is seeing today. The same can be said for virtual reality, which has evolved to become augmented reality technology to some degree. Both 3D and virtual reality became quite popular, but failed to find ultimate success among consumers it did little in the way of innovating daily life. 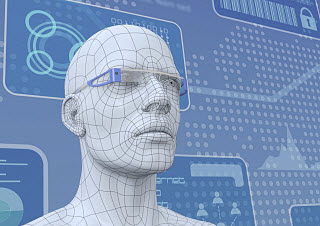 Both 3D and virtual reality are high concept, low impact and their use beyond the field of entertainment is limited, if not verging on non-existent. Even in the entertainment field, these technologies continue to struggle to find support. 3D found some resurgence in its popularity in recent years in the film industry, but the movies that have made use of this technology have failed to impress. Many people claim that 3D in films is nothing more than an annoying gimmick that is used to provide some cheap thrill.

Wearable devices may not make use of 3D technology, but their potential novelty may end up leading them down the same path toward obscurity.

These devices, in their current state, offer little in the way of practical value, but some are high on entertainment potential. This is particularly true of augmented reality glasses, whose primary role will likely exist within the entertainment field, whether that involves gaming or other forms of digital media.

Seemingly innovative technology is often relegated as novelty because it does not actually innovate anything. Wearable devices could be in danger of fallen prey to this problem, because despite their allure, they are unable to accomplish anything that has already been accomplished by “old fashioned” smartphones and tablets.