Outdoor marketing firm CBS Outdoor UK has enlisted the aid of augmented reality specialist Blippar to help promote the services of the United Kingdom’s public transit system, London Underground. Tapping into augmented reality is part of the marketing firm’s “Look for Longer” campaign, which encourages consumers to accurately identify 75 London Underground stations using interactive clues they find in posted throughout the city. Blippar’s role in this initiative calls for the use of a massive, six-meter digital screen in the heart of Westfield Stratford City.

Westfield Stratford City is Europe’s largest shopping center, with more than 3 million monthly visitors. With such high traffic, t he shopping center is considered a prime location for marketing campaigns. Blippar has taken over one of the massive digital screens that has made its home in the shopping center to provide consumers with a chance to engage in the campaign’s augmented reality aspects. The interactive posters that can be found on the screen, as well as those found in London, provide consumers with clues that will help them identify the stations associated with London Underground.

Through the campaign, consumers have a chance to win an iPad or Kindle Fire if they can correctly identify several London Underground stations and find all the clues associated with the campaign. CBS Outdoor UK believes that augmented reality is one of the best ways to engage a new generation of consumers that have been steeped in mobile technology. In the past, augmented reality marketing campaigns have proven quite popular with mobile consumers.

Augmented reality may be an ideal way to reach out to consumers that are tethered to their mobile devices. The technology allows for dynamic content to be accessed with nothing more than a smart phone or similar mobile device. In terms of marketing, this can turn static campaigns into engaging experiences that are more likely to stand out in the minds of consumers. 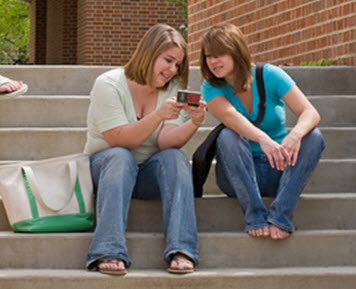