DARPA has created a machine that is capable of scanning the human brain and tag visual events before they reach the level of consciousness. This machine is part of the agency’s Cognitive Technology Threat Warning System, and is meant to serve as an early warning device in war. The project’s ultimate goal is to provide warfighters with the ability to accurately and reliable predict threats that may be facing soldiers. The endeavor is based on the premise of linking the brain with technology.

DARPA researchers suggest that the brain is capable of detecting threats before a person actually registers what the brain is trying to tell them. When the brain detects a threat, it releases the P-300 brainwave, a signal that is believed to stimulate evaluation and categorization of events and a person’s surroundings. DARPA’s machine can track this brainwave and decipher what it is trying to accomplish and why. Researchers then claim this information can be reflected as visual data.

DARPA takes augmented reality away from its traditional definition 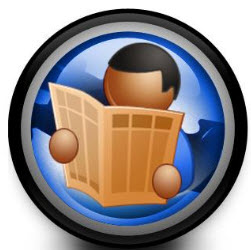