Many are beginning to ask if an increase in the popularity of wearable technology is also causing these problems.

Recalls of wearables over the last couple of years due to concerns about skin reactions are starting to become increasingly common, even among the most popular gadgets, and this is beginning to make some people believe that this issue will only continue to rise as more people wear electronics on their bodies.

Among the most recent recalls that were widely publicized included one of Fitbit, earlier this year.

The company’s wearables had to be recalled due to reactions that were being experienced by a few of its wearers. This is not the only situation in which this type of event has happened. Last year saw its own fair share of recalled devices that were causing skin reactions. Now, the dermatological community is wondering whether this will be an escalating problem over time as a growing number of consumers strap smartwatches, fitness trackers, and even smart clothing onto their bodies in order to be able to track their steps, measure their heart rates, read their blood pressures, and obtain other forms of data related to their medical and fitness performance.

It’s interesting to think that people use wearables to help to improve their own health and cause new medical issues. 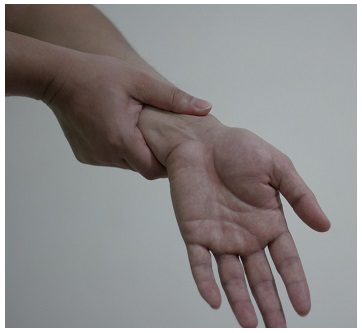 The Fitbit Force is a device that is worn on the wrist to track physical activity. Though it was released in October 2013 with great reviews, it led to complaints made by thousands of people who complained of blistering and skin irritations. This caused a recall of 10,000 mobile devices. Moreover, the Consumer Product Safety Commission has stated that the gadget should no longer be allowed to be sold.

As the wearable technology industry continues to take off, so are the number of reports that these devices are contributing to skin irritations and allergic reactions. In the U.S. – one of the areas in which wearables are the most popular – it is common for people to have allergies to materials such as nickel. In Europe a method has been developed to stop the use of this metal from being used in consumer products and jewelry, but this is not the case in the United States. Nickel is also used in other mobile devices such as laptops and iPads. The primary difference is that those products are not held up against the face and are not in contact with the skin for long periods of time.