The research has indicated that geolocation technology may not be as warmly received as some anticipated.

A nonprofit global IT association, ISACA, has just released the outcomes of its location based marketing survey and has discovered that many consumers are uncomfortable with this type of communication as they are concerned about their privacy.

The study looked into the opinions of approximately 4,000 consumers in four different countries.

The research was conducted regarding the holiday shopping habits of consumers in the United Kingdom, the United States, Mexico, and India and their opinions on privacy and other issues such as location based marketing through the use of geolocation technology. The findings indicated that the feelings regarding the use of these techniques differ from one place to another.

The consumers in the United Kingdom and India had the greatest resistance to location based marketing techniques. 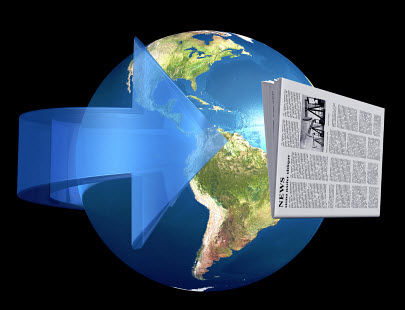 In those two countries, the respondents were the least likely to want to receive advertising and promotional messages from stores and brands through the geolocation technology on their smartphones. These included unrequested discount coupons, SMS messages about discount offers, and other communications that are sent automatically when a consumer walks near – or into – a store. In both the U.K. and India, 70 percent of consumers felt that they felt that this type of activity is invasive.

In all four of the participating countries, the data on the IT Risk/Reward Barometer indicated that consumers feel that receiving a text message from a business as they walk by the store is nearly as invasive as if they were to step into a store and a clerk would address them by name even if they had never met. In the U.K., 69 percent of the survey participants would have been happy to receive a mobile coupon in order to receive a bargain, but 47 percent of them would not be pleased if a shop assistant who was a stranger addressed them by name.

Among all of the countries, consumers were more receptive of receiving special discount codes through location based marketing than they were in receiving a text to inform them of special offers that may not feel are relevant to them.