Wearable technology could come to define the future

Wearable technology may be seen as a sort of novelty today, but in the future, it could define the way people live their lives. Wearable devices are still quite new and this sort of technology is in a state of infancy. Most of these devices are simply used for entertainment or to keep track of basic health and fitness information. As wearable technology becomes more advanced, however, new devices can be used for a wide range of purposes, including enhancing eyesight and other physical properties.

Technology has become a fundamental part of life and society. People throughout the world have come to rely on simple mobile devices, like smartphones and tablets, which are used extensively in their daily life. These people are using their mobile devices to shop online, communicate with their loved ones, learn more about subjects that they find interesting, and entertainment. Wearable devices can fulfill the role of other mobile devices, but can do so more intuitively than traditional devices.

Augmented reality glasses are, perhaps, the most well know wearable devices. While these devices are not widely available yet, they are often the subject of attention when it comes to matters concerning wearable technology. AR glasses can be used to, quite literally, change the way people see the world around them. Augmented reality technology can either enhance a person’s natural vision or create digital experiences superimposed over the real world. High-t 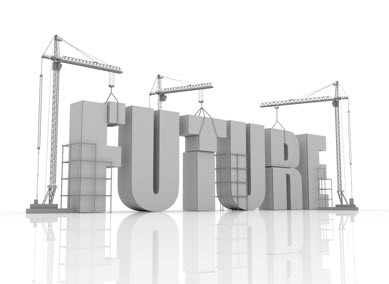 ech glasses are serving as the basis for integrated technology, such as AR contact lenses and even technological implants.

So called smartwatches are somewhat simpler devices when compared to AR glasses, but these devices also hold great potential. Currently, smartwatches have limited capabilities. They are generally smaller than smartphones and have weaker processing power, but typically excel when used for a very specific purpose, such as tracking fitness information. As technology advances, these devices will likely become more capable. In the future, they could be used to quickly share contact information over a wide network of mobile-centric people. The devices could also be used as a sort of electronic key, allowing entry into homes and other buildings with high-tech security systems.