Tokenization is a leading driver behind the adoption of mobile payments, according to Visa. The company’s global head of mobile products, Bill Gajda, believes that the introduction of tokenization is making the mobile payments space more secure. As such, consumers are more likely to participate in mobile commerce and businesses are feeling more comfortable about protecting the information of these consumers. More platforms are expected to adopt tokenization in the coming years, with the new Samsung Pay service supporting digital tokens when it launches later this year. 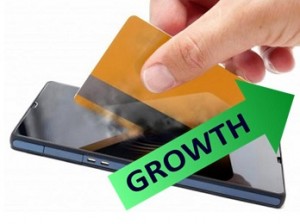 Visa believes that tokenization will be a boon for the mobile payments sector, which has had a struggle with security issues over the past few years. Visa believes that more platforms will embrace tokenization as more consumers become involved in mobile payments. Apple Pay is one of the most prominent services that supports tokenization. Apple partnered with Visa in order to make use of digital tokens, which has significantly improved Apple Pay’s already considerable security features.

Samsung will also be working with Visa to make digital tokens possible. Samsung Pay is slated to launch later this year and will compete with other mobile payments services that are available on the market. The success of the platform may draw yet more attention to the use of digital tokens and encourage other companies interested in mobile commerce to make use of tokenization as well.