The popular social media application now boasts a range of new features for these smartphone users.

Vine recently announced the release of a tremendous batch of updates for the version of its mobile app meant for Windows Phone, bringing users brand new editing functions, loop counts, and messaging capabilities.

This particular update is available to users of the Vine app on Windows version 8.1.

Once the mobile app update has been downloaded and installed, users will be able to draw from videos already stored on their smartphones so that they will be able to share it over the social network. They will also have access to functions that will allow them to edit their vines, and they can save their works in draft files so that they can keep their progress until they are ready to actually post it. This update also features additions to the messenger feature of Vine, so that users will be able to hold private message conversations with their friends and privately send them their video clips.

There will also be some metrics that will become available to users through this mobile app, with loop counts.

The new loop count feature will make it possible for users to be able to see how many times a vine has been viewed. Metrics are always popular for individual users and businesses, alike, so this could end up being an appealing new option for users of this mobile application.

Beyond the specific function of the Vine app, the Windows Phone update also provides a range of different design improvements for the activity feed and gives users the chance to be able to select their own background color to their user profiles.

Furthermore, this update is also bringing users a new alert option when they hit milestones. For instance, if one of the vines happens to go viral, then the user will receive an alert. Notifications will also allow users to become aware when friends and other people that they know have joined the platform.

These updates were already made to the mobile app back in August 2014 for iOS and Android based device users, but they have now been added to include Windows Phone users, as well. 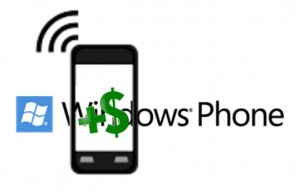