Retailer aims to preserve the convenience and security of mobile shopping

Wal-Mart has been experimenting with mobile payments for some time now and the company is beginning to focus more of its efforts on the mobile space. According to Charles Holley, Chief Financial Officer of Wal-Mart, convenience has become one of the most important aspects of mobile commerce, and ensuring that this convenience remains intact as mobile payments become more prominent is becoming a priority. Security and eliminating the costs associated with mobile payments is also becoming important.

The retail space is beginning to shift and more consumers are beginning to rely on their mobile devices to shop for and purchase products. Finding ways to make the mobile shopping experience enjoyable is important, but Wal-Mart is not yet sure what role mobile payments will play in its overarching business. This may involve exploring new payment options in order to ensure that the company remains on the cutting edge of mobile commerce. 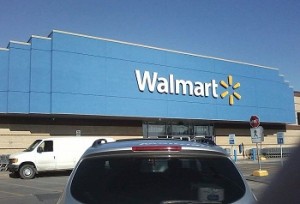 Wal-Mart is currently part of the Merchant Consumer Exchange, a consortium of retailers that has its own mobile payments system called CurrentC. The system makes use of QR codes in order to process mobile transactions and boasts of a “secure cloud-hosted network,” which provides extra security for those making payments. CurrentC is currently in a private testing phase and the Merchant Consumer Exchange is beginning to feel pressure to release a comprehensive mobile payments solution in order to compete with other options that are available.

Without an effective solution, retailers may opt to use other mobile payments platforms not developed by the Merchant Consumer Exchange

If such a solution does not come soon, Wal-Mart and other retailers may opt to use other mobile payments platforms, such as Apple Pay. Those involved in the Merchant Consumer Exchange cannot use other payment solutions at this time, which has limited their ability to engage mobile consumers in effective ways. With mobile shopping growing in prominence, this may no longer be a sustainable practice.