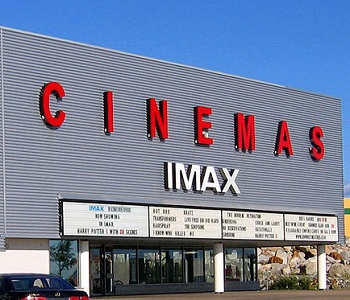 Game designers in Newfoundland are breaking ground with a new type of virtual reality (VR) game.

Other Ocean Interactive, a game studio based out of St. John’s, Newfoundland is developing a VR video game called Giant Cop: Justice Above All. This interactive game will be one of the world’s first commercial virtual reality games and is a new type of game that promises to change how a player sees the world…mostly because they’re actually a giant police officer in charge of keeping a tiny-sized city safe.

The game, which is slated for a fall release will transform players into a giant police officer when they put on a compatible VR headset. The object of the game is to patrol the tiny streets of Micro City. In the open world game, players control the actions of Giant Cop with their physical movements as they move around the virtual landscape, which requires them to walk around in their own physical environment. The goal of the player is to manage the city as they see fit. They can enforce the law with a soft hand or an iron fist. How the citizens of the city view the player depends on the player’s actions.

According to Other Ocean Interactive’s studio head Ryan Hale, “If you’re not a careful giant cop, you might actually hurt the city that you’re trying to protect.”

Giant Cop was inspired by popular 1970’s and 1980’s cop shows, like Shaft and Starsky and Hutch, and is a satire of these shows as well as humorous take on modern day events like NSA digging through phone data or email.

The game’s producer Stephen Jeffers explained that “Almost like the old TV shows. We drew a lot of inspiration from things like Starsky and Hutch and Streets of San-Francisco.” Jeffers says that despite the unique VR experience, the game is propelled by its storytelling, reported CBC News.

The studio behind the upcoming VR video game wants to keep its operations local.

Other Ocean has been pushed into the spotlight due to the buzz surrounding its upcoming game. However, even though the studio, one of the pioneers in the VR industry, has now evolved from a local level to a global scale, Jeffers said that the company hires locally and wants to keep people in Newfoundland, preventing them from leaving the island for work.

Giant Cop is presently in development for several virtual reality platforms. Among these include the PlayStation VR, Vive and Oculus. Ocean plans to release its VR video game in the fall, just in time for the 2016 holiday season.