The results of a recent study have just been released and indicate that retail banking is losing its enthusiasm.

A new Pitney Bowes study has shown that only just half of all retail banking marketers feel strongly that their social media marketing campaigns are successful.

One third of those in that industry feel that their campaigns aren’t effective at all.

These companies have also indicated that they will be adjusting their social media marketing budgets in order to reflect those belief. The study indicated that while the sector does intend to continue their efforts throughout this year, there has been a considerable loss of confidence in the positive effects that it will generate. This lack of certainty over its value to the business is shrinking the investments that are being made into this field.

Social media marketing will remain a focus for retail banks and credit unions despite the struggles.

Even as those organizations battle with their understanding of how important social media marketing can be to the financial industry, they intend to hang on, at least for this year. That said, the study has shown that the approach over that channel for 2013 will be a considerably more cautious one than it will be for other industries.

Kieran Kilmartin, from Pitney Bowes Software, expressed that one of the primary concerns voiced in the study, which was that “Well-intentioned marketers in retail banks could inadvertently turn customers off by irritating them with their social media behaviors.”

The independent study was conducted by Vanson Bourne, having been commissioned by Pitney Bowes Software. It looked specifically into social media marketing effectiveness and performed a comparison between its trends among the various marketing directors with the attitudes that customers hold toward the technique. Consumers surveyed were from the United States, Germany, Australia, France, and the United Kingdom.

The research also looked at seven different business sectors, in total. These included retail banking, insurance, the public sector, utilities, telecoms, and fast-moving consumer goods. It examined the perspectives and opinions that each of these areas held for social media marketing. Specifically in retail banking, the opinions are split down the middle in terms of their confidence in the impact it can have on the profitability of the organization. 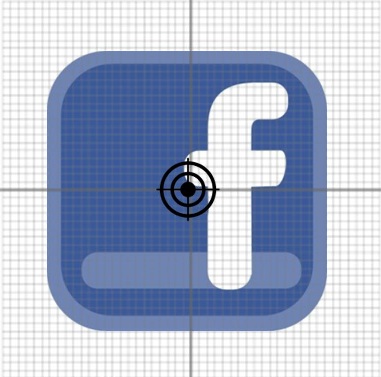 Facebook’s search function has never been something to write home about, which is why the social network has decided to make significant changes to the feature. The social network has launched its latest development, called Facebook Graph Search. The new feature is meant to change the way users find information via Facebook by giving them the opportunity to search for specific keywords and control the parameters of the search itself. While this may be a nice change for casual users, this could be a major boon for advertisers and businesses.

Facebook Graph Search is designed to provide users with real time information based on their association with other people and organizations within the Facebook network. The major feature of the new search function is the use of keywords. These keywords will allow users to localize their searchers, finding only the information they really want to see. Casual users are likely to find some degree of benefit in using the new search function, but advertisers may benefit the most from the changes Facebook has made.

Location-based marketing could be supported through new search function

Advertisers can use the Facebook Graph Search to better target their audience. The search function will put a great deal of information at the finger tips of marketers and other organizations interested in reaching out to particular demographics. This will allow advertisers to develop location-based marketing strategies based on the information that can be found through the Facebook Graph Search. The new search function could soon become a very powerful tool in a marketer’s advertising arsenal.

Reaching out to consumers in an effective way is a practice that continues to evolve. Facebook has paid attention to the way consumers have changed over the years to become more reliant on social media. Social networks, like Facebook, traffic a great deal of information on a daily basis, much of which can be used by an advertiser to connect with a certain audience. Thus, Facebook has begun to take steps to cater more toward advertisers, which may provide lucrative incentives for this information in return.