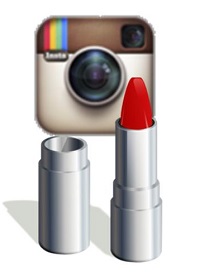 The social network has launched a new application that is providing a far better experience.

The most recent mobile app that has been launched by Facebook, called Paper, is being applauded when compared to the previous application from the social network, which many people find to be far less engaging and far more frustrating.

The purely functional experience from the Facebook Home app has been replaced by visual appeal and ease of use.

With the release of Paper, Facebook has effectively exposed how unappealing its old application actually was and that it is capable of doing a great deal more with its mobile app. Paper is a kind of combination of the existing news feed on a user’s account with news stories and status updates from friends. It has eliminated menus and buttons in favor of more basic screen swipes. Instead of the standard form of the news feed, large images are available (which can be better seen with device tilts), status updates, and videos that auto-play.

The reason that it can do this is that users can leave Facebook’s content to view other forms online without having to leave Paper. This can be accomplished by simply selecting the online media category that is preferred on top of the usual items on the news feed. Each of those elements can be seen in the same way as one would flip through a magazine. They include sports. Food, photography, and science, among others.

These new features in addition to a range of stylistic enhancements have made it obvious that Facebook is understanding how vital it is to break away from its older structure. It is trying to avoid the impression that it is aging – as Tuesday represents its tenth birthday. In internet time, the social network is virtually seen as ancient, so it is becoming critical that it remains cutting edge and keeps up its relevance to its users, no matter what device they prefer.

The Paper mobile app is also providing an additional opportunity for Facebook to display ads. It is believed that it won’t be long before users start to see lots of advertising working its way into the rest of the content that is being consumed.