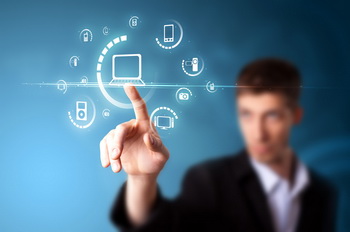 The success of the upcoming Android based smartphone will decide whether or not devices are in its future.

According to a statement from CEO John Chen, if the BlackBerry Priv does not manage the become profitable within the span of a year, it will likely mean that the company will step away from the hardware market of smartphones and will turn its attention toward selling secure software on various large mobile platforms.

This statement was made in California at Code Mode while showcasing the next BlackBerry smartphone.

Chen explained that the company is currently in a make or break phase when it comes to its hardware segment. The BlackBerry Priv simply needs to turn a profit next year, “Otherwise, I have to think twice about what I do there.” It looks as though the company is seriously considering a withdrawal from the smartphone hardware market if it doesn’t manage to be successful with its new upcoming Android based device.

That said, Chen has said that he is confident that the BlackBerry Priv has the potential it needs to succeed.

He explained that “Android in the enterprise is a very underserved space. With our connections, our accounts, our security know-how, this has expanded our market. The market wants privacy and security and they also want apps.” Because of this, Chen feels that he has found a place for the company’s hardware that could be a very profitable and a very defining one.

BlackBerry has always been a pioneer within the mobile device space, particularly when it comes to smartphones. In 1999, it was the first to launch a two-way pager, and its cell phone and smartphone handset had long been the dominant player in the marketplace, even among competition from extremely powerful players including Apple, Samsung, and others.

However, the company’s user base bottomed out and the company is still losing money on hardware even though it has strategically outsourced some of its manufacturing to Foxconn in Taiwan.

The hope the company has is that the Android operating system in the BlackBerry Priv will allow it to see successes that simply were not great enough in the recent handsets the company has released, including the Classic and the Passport. Chen’s goal is for a minimum of five million handset shipments per year.