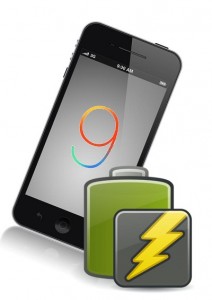 The device, which has been called the YotaPhone, is the first one from that country and was launched in Moscow.

The very first domestically designed Russian smartphone has now been unveiled in Moscow, under the name of the YotaPhone, which has a number of features to differentiate it from a broad spectrum of competing products that are all available in the country.

The design of the device includes an always-on second screen to help it to stand out from the rest.

This brand new Russian smartphone is based on the Android operating system from Google. It has a fixed price of €499 (about $678), and will soon be launched throughout the rest of the country after its Moscow unveiling. It will also experience a launch in Germany. Some online stores in France, Austria, and Spain will also be offering this new mobile handset.

The creators have said that this first Russian smartphone is innovative for its second screen function.

The always on e-ink second screen function of the mobile device will give users the ability to save considerable battery power by being able to check their notifications without having to activate the LCD display, which requires much more energy. According to Vlad Martynov, the general director at YotaPhone, this cell phone “rethinks our relation to smartphones.” He said this at the unveiling, which occurred at one of Moscow’s contemporary art galleries.

Aside from the full color touch screen, which is typical of nearly every type of mobile phone currently being produced, the YotaPhone also features a black and white screen on its reverse, which uses the same type of electronic ink technology that is employed by basic ereaders, such as the Kindle, the Kobo, and the Nook, among many others. This screen, which uses a very small amount of energy, stays on all the time, even after the device has been shut off. This gives the user the opportunity to check messages, the time, his or her schedule, or even a map, without having to fully activate the device. This means that the design of the Russian smartphone reduces the drain on the battery by a large amount.