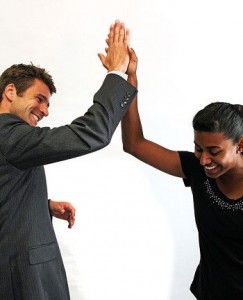 The Gear S will be available via four American wireless carriers.

American consumers who are interested in owning a smartwatch that is not a companion to their smartphone, will be able to obtain one of these wearable devices soon because Samsung announced earlier this week that its Gear S watch will be arriving at Sprint, At&T, Verizon Wireless and T-Mobile this Autumn.

The Gear S is the first watch of its kind to act independently of a smartphone.

The South Korean electronics company unveiled its Gear S at the IFA 2014 in Berlin. It became the first smartwatch to be developed by a major brand with the ability to make calls and display notifications without requiring the assistance of a mobile phone.

This wearable has many notable features including a 2 inch curved Super AMOLED display. It also has customizable screen clock faces, 3G connectivity and is powered by the Tizen operating system, which a representative from Samsung claims will offer a library of over 1,000 apps at launch.

Even though the watch has a built-in microphone and speaker, it can be paired with a Bluetooth accessory known as the Samsung Gear Circle headset, which is a device that enables users to wirelessly listen to music and receive calls.

In addition, the wearable technology has fitness monitoring features. It is equipped with an optical pedometer and heart rate monitor. The band has been designed to measure the user’s biometric data throughout the day and lets them analyze this data via Samsung’s S Health app. Users who engage in running are also likely to appreciate the Nike+ app, which comes with the watch and helps monitor jogs.

The actual release date and price of Samsungs’s new smartwatch has yet to be released.

In an email that was received by Android Central from T-Mobile, the Gear S will be available by the wireless carrier’s Equipment Installment Plan and more details regarding the plan and watch will be made available in October.

Although it has not yet been revealed when Samsung’s Gear S smartwatch will be officially released for sale or how much it will cost, the wearable device is expected to be put on display in stores starting today, September 26.