IKEA is well known for being an innovative and forward-thinking company and its new quick response codes (QR codes) mobile checkout system, which it is currently piloting in France, is no exception. If all goes according to plan, the new system will make it much easier and faster for customers to checkout at physical stores.

Customers can use their smartphone cameras to help improve their shopping experience in-store.

The new system merges online shopping with brick-and-mortar shopping by requiring customers to use their smartphones while shopping in the store and at checkout. 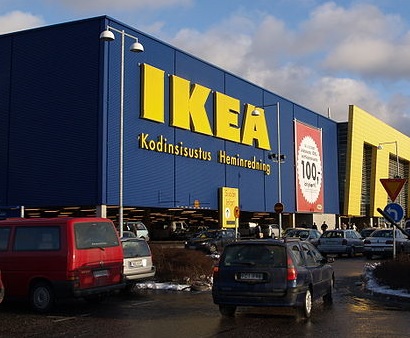 How it works is quite simple. Using an IKEA app, customers scan the items they intend to purchase from the store with their mobile phone and place the items in their cart as they shop. Once they reach the checkout point, the app combines all the items they’ve scanned to obtain the total purchase. From there it generates a QR code. This unique quick response code is scanned at checkout, so the customer can pay for their purchase with quick ease.

With only one scan required, quick response codes make the checkout process at IKEA a breeze.

Such a system is highly convenient for a store like IKEA where it is not uncommon for customers to purchase several large items that can be awkward to scan individually at checkout. This is especially the case if the barcode of a large and heavy item that needs to be scanned has been placed upside down in the cart. The new mobile checkout system eliminates this hassle.

IKEA’s global head of mobile solutions, Victor Bayata, said that what IKEA is looking at is “giving the customer the power to decide what to do and where to take the next step.” Bayata added that “What we need to do, and this is again the formula that everyone tries and tests, is that we need to understand our customers’ needs and wants.”

He explained that understanding how to combine the online experience with how people act in the store is how the company will provide their customers with “services that make sense.”

If the pilot project proves successful in France, the quick response codes checkout feature at IKEA is likely to be tried at other store locations and could make shopping in physical stores more attractive to customers, improving their overall in-store shopping experience.